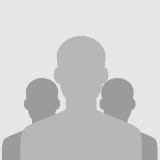 The organization was founded in 2003 by a South African conservationist, environmentalist, explorer, bestselling author and the long standing head of conservation at the Thula Thula game reserve - Late Dr. Lawrence Anthony, and is best known for his activities related to the improvement of the current degrading natural environment and preserving it for the coming generations to experience it.

The Earth Organization - Hyderabad, India chapter was started on the 20th of January, 2011 under the guidance of then formed board of director's lead by
Mr. Abhay R Joshi (Ex-President, TEO - Hyd).

Our members come from all walks of life, from all cultures, races and religious backgrounds, all motivated by a common cause, to reverse the dwindling spiral of life on Earth, and create a healthy habitable Planet on which all life flourishes and prospers, and of which we can be proud.
We, the Hyderabad Chapter of The Earth Organization find the solutions to the problems which are existing and work towards it with all our might. We believe that every Individual can truly make a difference!

The Earth and practically all major life forms on it are currently in danger, as ecosystems become degraded and extinctions continue to escalate at an alarming rate.

It took billions of years to develop a viable, balanced relationship amongst life forms on planet Earth. In less than 100 years, Earth's survival potential has deteriorated to a point where we must now consider that man himself could one day become an endangered species. Something can be done about it.

We seek to be the voice of those who are yet to be
born  !!

Let us fight back the global changes. These widespread changes are our follies. Be it be anyone...
They have caused damage to the environment someway or the other. It's High time. It's our mother earth and it's the only one we have. Let's preserve it carefully. Let's do it in "ACTION" rather than WORDS.