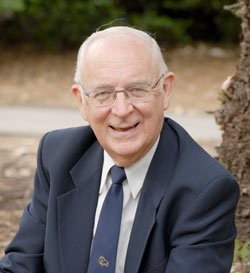 After two careers: establishing the Queensland Parks and Wildlife Service and the Environmental Protection Agency, and Principal Environmental Adviser to Australia’s largest private landholder (AMP Society), Hugh Lavery is now tackling the most sensitive of interfaces between the environment and development—large-scale coastal settlement of the continent.

His roles include being the Adjunct Professor of Ecological Design at the University of the Sunshine Coast and a Board Member of its Sustainability Research Centre.  Among other posts he has held during his fifty year career are: President of the Royal Society of Queensland, Member of the Council of the National Trust of Queensland, Member of the Board of Directors of Greening Australia, Member of the Scientific Advisory Committee of WorldWide Fund for Nature (Australia); Executive Producer in the Australian Broadcasting Commission; Training Supervisor, l’Ecole Polytechnique, France; Adjunct Professor of Land Development & Environmental Planning at Texas A & M University (USA); Member of the Bureau of Presidents of the First International Conference on the Environment (UNESCO, Belgium); and Chief Consultant to National Geographic Society (USA).

His principal awards include:
First Churchill Fellow in the field of nature conservation in Australia, 1967
Elected a Fellow of the Institute of Biologists (UK), 1986
Excellence in Innovation Award, Queensland Department of Industry Development, 1987
Bicentennial National Trust Award for Excellence in Heritage Conservation Works, 1989
Sir Raphael Cilento Memorial Heritage Oration of the National Trust of Queensland, 1991
Elected a Fellow of the Environment Institute of Australia & New Zealand in 2001
The Romeo Watkins Lahey Memorial Lecture of the National Parks Association of Queensland, 2005

Dr Lavery was honored as the inaugural Environmental Practitioner of the Year for Australia and New Zealand (2007).