Posted by britt on Sunday, 25 November 2012 in Biofuels 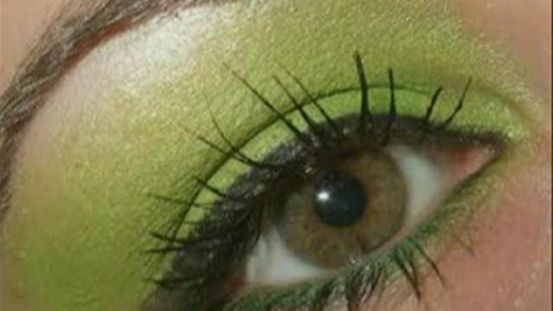 Once a promising source of green energy, high-tech biofuel is being eclipsed by skin cream and food products as manufacturers shift to more lucrative products.

After Congress enacted a renewable fuel standard in 2005, more than a dozen Bay Area companies joined the race to design new biofuels. The idea was to use genetically engineered microorganisms or other novel techniques to convert renewable crops into fuel with half the carbon emissions of gasoline.

So far, however, the push to use new technology to make advanced biofuel has fallen short. None of the Bay Area startups have produced commercially significant amounts of the high-tech fuels, industry members say, and some have begun focusing on other products, such as cosmetics and health supplements.

“All the biofuels share one set of fundamental problems, which is you’ve got to use resources to grow those biofuels,” said Dave Jones, chief operating officer of LiveFuels, a San Carlos company that extracts oils from algae. “The cost is quite high. You are spending $5 to make a $3 gallon of gas.”

But while simpler biofuels such as sugar cane ethanol or vegetable oil biodiesel have ramped up, newer technologies are lagging behind, said Heather Youngs, an analyst at the Energy Biosciences Institute at UC Berkeley. The delay is a result of the stubbornly high cost of production, industry members and analysts say.

The story of LiveFuels illustrates the shift. The company initially planned to make biofuel by raising fish and growing algae. The fish would eat the oil-rich algae, and the company would then extract oil from the fish. But the company quickly realized it could make more money by turning the algae and fish into other products, including omega-3 fish oil supplements and fishmeal.

“We realized early on that it was just too expensive to grow fuel,” Jones said. “There are so many more important things to do with that oil than burn it.”

Another company that switched its focus was Aurora Biofuels of Hayward. It formally changed its name in 2010 to Aurora Algae after it cut back on biofuel research and began making nutritional supplements and fishmeal.

“You end up seeing a nutritional profile that has less calories, less fat, less cholesterol,” he said.

Meanwhile in Emeryville, Amyris (formerly known as Amyris Biotechnologies), which produces oils from yeast fermentation of sugars, has scaled back its biodiesel production, CEO John Melo said in a May investor conference call. Among the company’s products is squalane, a high-end skin softener historically extracted from shark livers or olive oil.

At the root of this trend is a financial reality.

“The cost for production of those fuels right now is just too high,” Youngs said.

The raw materials, such as algae, water or cane sugar, cost more than $4 per gallon of fuel created, even before factoring in the costs to transform those materials into oil, said Jones, of LiveFuels.

For an untested technology, that can be a tough sell for investors, Youngs said. Some companies have found financing through partnerships with larger companies or by taking advantage of loan guarantees from the government, she said.

But focusing on pricey, small-volume products can provide dearly needed revenue as companies try to lower costs and scale up production of fuels, she said.

“Companies like Solazyme are able to sell skin cream for $90 an ounce,” she said. That strategy, while smart, is only a temporary solution, she said. “They can only do this for a limited time before they glut the market.”

But there is hope that some high-tech biofuels might be getting off the ground. In August, San Diego’s Sapphire Energy opened its commercial algae-to-crude oil factory in New Mexico, which could produce up to 1.5 million gallons per year.

Solazyme recently broke ground on a commercial factory in Brazil that could produce 30 million gallons of oil a year, Ames said. In July, Amyris signed a three-year contract worth $82 million to develop jet fuels and biodiesel.

The success of the industry hinges on these first commercial projects, Youngs said. And if companies can’t make cheap biofuels, some might wind up permanently focusing on skin cream and health supplements. That would be a huge disappointment, she said.

“That wasn’t the original goal,” she said, “and those companies would not have been able to get the kind of funding they did if that was their original stated goal.”