Posted by Wolf on Friday, 21 December 2012 in Ecotourism 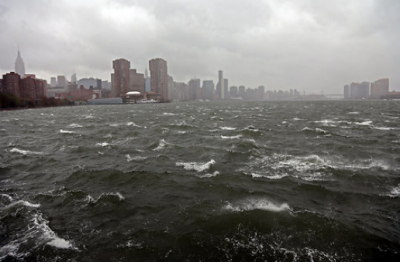 Through a clearing in the jungle, visitors catch their first glimpse of the ancient Maya ruins of Yaxchilan in Mexico's southern Chiapas state. Stubborn vines have penetrated the walls of the Maya temple of the underworld. Bats hang in the cool vaulted ceiling and spiders scurry around the structure where ancient nobles once meditated and prayed to their gods.

Here, like across the Maya civilization, abandoned cities hidden in the rainforests of Mexico and Central America stand as reminders of the collapse of one of the most sophisticated cultures of its time – one that, a thousand years later, no scholar fully understands.

And if some Maya thinkers and their acolytes are correct, the same fate could be in store for Yaxchilan's nearest town, Frontera Corozal, the rest of Mexico, and even the entire globe: They believe the Mayas predicted that the world would end this December.

Most serious thinkers dismiss the prophecy as plain wrong, a meme that has spread around the globe – today there are more than 2,000 books on the subject – with the help of New Age thinkers, science fiction writers, and misguided academics.

Despite rigorous attempts at debunking the prophecy, including recent discoveries in an overgrown jungle in Guatemala that reveals the Mayas counted thousands of years into the future beyond the much talked about Dec. 21 "cut off date," a few are still on board with the apocalyptic forecast. Some 10 percent of people surveyed worldwide earlier this year say the Maya calendar could signify the world's end in 2012, according to a poll from Ipsos Global Public Affairs, conducted for Reuters.

Indeed, most of the buzz these days surrounding “demise” is not about what happened 1,000 years ago, so much as the belief in a coming apocalypse just days away. But at least a few residents in Frontera Corozal, a border town separated from Guatemala by the Usumacinta River, are trying to shift attention to the same problems that likely contributed to the Maya collapse – such as environmental damage and greed – to provide lessons to live more sustainably today.

“The same destruction from then is happening now. We are doing it again,” says Yaxchilan tour guide Francisco Centeño, who is part of a cooperative that is running campaigns to teach children to protect the environment. “To want more homes and bigger homes, we ruin our forests, and ourselves. It is the human nature to want more and more.”

The Maya civilization dates to the Preclassic period beginning in 2000 BC, and reached its grandeur during the Classic period, from AD 250 to 900, during which the Mayas had developed the written language and became masters at calendars, counting time, and outlining astronomical systems.

Yaxchilan is nowhere near as large or significant as Tikal in today's modern Guatemala or Chichen Itza in Mexico's Yucatan. But it was among one of the most important centers of the Maya world along the Usumacinta.

Deep in the jungle, Yaxchilan is reachable by wooden boats that ply the Usumacinta River, where a crocodile suns on the banks on a recent day.

It's comprised of over some 120 buildings, but only a tenth have been excavated. The rest are buried underneath the dense forest, where visitors can spot spider and howler monkeys and toucans.

It was left abandoned after 900 AD, and like the other major Maya centers spanning Mexico to Central America, no one knows exactly why: warfare, flooding, deforestation, greed, or a combination of all.

Their demise evokes a sense of mystery, which helped the idea germinate that the Mayas held ancient wisdom. They left a highly sophisticated civilization, says University of Kansas Maya scholar John Hoopes, who has spent a decade uncovering the origins of the end-of-the-world prophecy, but very little of Maya writing, for example, could be deciphered until the 1970s.

“It opened up the door to lots of speculation,” Dr. Hoopes says. Even after hieroglyphic writing was deciphered on the four surviving pre-Hispanic codices, as well as carved on stone monuments, incised on jade jewelry, and painted on beautiful ceramic vessels, myths have persisted.

It was not just science fiction writers and New Agers fascinated by the concept of the end of the world. The December 2012 date arose from traditional readings of the Maya “Long Count” calendar of cycles of 13 intervals, or “bak'tuns,” each of which lasted 144,000 days. Recently discovered murals at Xultun, Guatemala by Boston University archeologists and texts at nearby Palenque suggest that the current cycle of bak’tuns may not end with the 13th but the 20th, which is not until AD 4772, more than 2,500 years from now.

And nowhere was it said that the end of the 13th bak'tun meant the end of the world anyway; it simply signified the end of a period of time, perhaps comparable to moving from 1999 to a new century in 2000.

“Since the time of Columbus, there has been talk of the end of the world. However, it is a European introduction based on Christian beliefs, not an ancient, indigenous Maya prophecy,” says Hoopes.

New research is not the only force that dismisses an “apocalypse.” Mayas in Frontera Corozal say this December might represent an important change of era for their ancestors, but the now deeply-Christian community discounts that they predicted the world's end.

“No one knows when the world is going to end,” says Sandra Lopez Guzman, a waitress.

They have been banking, however, on an end-of-the-world craze as a boost in tourism. The Mexican government launched a “Maya World” campaign this year to draw tourists in Mexico and from the US, Europe, and Asia to the five southeastern-most states that hold dozens of Maya ruins.

In Yaxchilan, tour guide Juan Arcos says he hasn't seen a boost either, just a few tourists from Europe insistent about the world's impending doom. Mr. Arcos says he wishes that they, as well as the residents of his own community, were more focused on the past, where there is an environmental lesson to learn, he says. “They ruined their forests to build bigger, and bigger temples,” he says.

Frontera Corozal sits on the edges of the Lacandon Jungle, one of the most biodiverse swaths of rainforest in the region. But only 10 percent of the original forest remains, threatened by clearing and population growth. Mr. Centeño, the tour guide, says residents have little environmental education, and he and Mr. Arcos are trying to instill a sense of consciousness in children.

They work at a micro level, leading garbage collection programs around town or cleaning up natural springs and the banks of the river. They have plans to build a center to promote their language, Ch'ol, and their ancient customs, to help residents become better stewards of their land, especially the community's youths. “Children are easier to mold, they aren't so stubborn in their ways,” says Centeño.

Most might not connect the dots between the Maya demise and the mythology surrounding their apocalyptic predictions: They are two separate things. But Hoopes says they are linked by the idea that the "end of the world" is about human struggle. The myth helps humans better understand their motivations and the consequences of actions, he says.

“When we make up myths they are usually to help us accomplish something ourselves, myths always have a purpose,” Hoopes says. “The myths being made up about the Mayas are not about the Mayas, they are about us, helping us to make the right decisions.”