Posted by bensor on Saturday, 16 February 2013 in Transportation

Why Not to Get Killed on a Bike 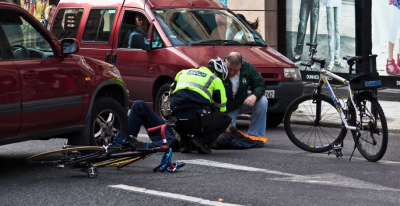 Want to kill someone and get away with it? Run them over while they’re on a bicycle.

Within Boston’s growing cycling community, a perceived lack of criminal prosecution of motorists involved in fatal bike crashes has been a regular source of outrage in recent years. That ire came to a ­fever pitch last week, when a grand jury investigation of a Wellesley bike crash with seemingly copious evidence — video footage, witnesses defending the deceased bicyclist, a truck driver who had fled the scene and had an extensive history of driving infractions — came back with no charges.

The grand jury’s decision, bicyclists contend, is evidence of a wider problem: Most people do not respect the rights of bike riders.

“The message that we got from this particular case,” said David Watson, executive director of the Massachusetts Bicycle Coalition, “is that, clearly, members of the general public still don’t care enough about bicyclists’ safety.”

Historically, prosecutors have been seen as reluctant to seek charges in crashes ­between bikes and cars. Civil cases have long been the realm of justice for families. But ­cyclists say they want better, and they had hoped to get it in the case against truck driver Dana E.A. McCoomb, accused of striking and killing cyclist ­Alexander Motsenigos, 41, on Weston Road in Wellesley.

Police and prosecutors were seeking to charge McCoomb with vehicular homicide, as well as unsafe overtaking of a bicyclist.

The accident was particularly grisly. Video footage, captured by a traffic camera, showed McCoomb’s truck attempt­ing to overtake Motsenigos, striking him from the side, and driving off without stopping. A woman who was one of several witnesses, defended the cyclist at the scene, shouting: “It wasn’t his fault! He didn’t do anything wrong! He was just coming down the hill, and the truck hit him! The truck was going way too fast!”

An accident reconstruction confirmed police officers’ belief that charges against the driver were in order.

McCoomb’s lawyer, Scott Tucker, could not be reached Thursday. After no charges were returned against his client, he declined to comment on the grand jury’s decision, stating only that he was happy that McCoomb was not indicted on criminal charges.

Hearing that the driver would not be charged criminally shocked and angered members of the cycling community, many of whom were still reeling with sadness and anger at other recent bicycle fatalities, including the death of 23-year-old Boston University student Christopher Weigl, killed in ­December on Commonwealth Avenue in Allston. Suffolk prosecutors are awaiting a final report from the Boston police collision reconstruction team before they decide if charges will be filed in that case.

Josh Zisson, a lawyer specializing in bicycle-related cases, said many cyclists view ­juries in criminal cases as a litmus test of how they are ­embraced and protected by the communities in which they live. Stereotypes about careless or foolhardy bicyclists, he said, leak into the criminal process.

“It’s really an example of how people have it in their heads that bikers are reckless to ride in the street,” Zisson said.

Motsenigos’s family has filed a lawsuit against the truck driver, and Zisson said he hopes that they are able to get some justice from that civil case. But civil damages, he said, just are not the same.

“It’s definitely the sort of thing where people who ride bikes want to see jail time or to see some sort of criminal charges that stick,” Zisson said. “When people don’t see that, a lot of people get the sense that the government doesn’t really care.”

Of course, not all bike collisions can be expected to go to court, just as not all car crashes, or instances of cars striking ­pedestrians, result in criminal charges. But, they said, it ­appears that police and prosecutors have begun to take a more aggressive stance in bike-related cases.

The Suffolk district attorney’s office does not keep ­records on the number of bike-related cases it has prosecuted in recent years, spokesman Jake Wark said. But, he said, there are cases in progress: Prosecutors have indicted one driver, Michael Ahern, in the death of a cyclist in Dorchester last September. Another man, Vinodkumar Patel, is set to ­appear soon in Boston Municipal Court for striking, but not seriously injuring, a cyclist in July 2011, Wark said.

“There’s more of an understanding that bicyclists aren’t just some fringe element out on the roads,” Watson said. “They are people trying to get from one place to another, just like everybody else.”

The problem, bike advocates say, is that most people, and most jurors, just don’t like bikes.

Jurors are much more likely to empathize with motorists than with bicyclists, said ­Andrew Fischer, a Boston-based bicycle attorney, especially as the percentage of Massachusetts residents who regularly ride bikes still flutters in the single digits.

“This [Wellesley case] just reveals the prejudice there is in the general population against bicyclists,” Fischer said. “I’ve seen it in jury pools. It’s very difficult for a bicyclist who’s been in an accident with a ­motorist to get a fair jury.”

According to Chief Terrence Cunningham of the Wellesley Police Department, Fischer is probably right.

Cunningham said that he initially felt confident the charges against the truck driver would stick, but that he grew concerned when he heard that a member of the grand jury had asked a question of a Wellesley detective that suggested the ­juror did not understand the truck’s obligation to yield to the bicycle.

“Personally, I don’t feel they followed the law,” Cunningham said. “But that’s the process.”

Cunningham said he often sees negative attitudes toward bicyclists among jurors, as well as in the general public — and every time a cyclist runs a red light, fails to signal in front of traffic, or rides four- or five-abreast, preventing a car from passing, the act confirms ­motorists’ belief that bicyclists should not be in the road, he said.

Cunningham said he was disappointed by the outcome of the Wellesley case, especially because he had worked so hard to convince Motsenigos’s family, along with the cycling community, that he was passionate about bringing the driver to justice. His officers spent months investigating, interviewing witnesses, and conducting forensic testing.

He said he had received a slew of e-mails from bicyclists — including “some e-mails that were less than affectionate,” he recalled — that conveyed fears the police would brush aside the case.

“I think a lot of them are just frustrated, and they believe that too many of these instances don’t get thoroughly investigated,” Cunningham said. “I’ve gone over the case over and over again, and I can’t think of anything we could have done different or better.”

Norfolk District Attorney Michael W. Morrissey said his office was aware that he faced “two competing principles” in the grand jury investigation: Which would jurors dislike more, trucks or bicycles?

He warned against speculating on the grand jury’s decision. Still, he said, he cannot help but share in the cyclists’ frustrations.

“I think this is an interesting problem insofar as I think there is a little bit of a bias against ­bicycle riders,” said Morrissey, an occasional cyclist himself. “Whether their own bias took over here, we’ll never know.”

Pete Stidman, director of the Boston Cyclists Union, said he hoped that the Wellesley case would bring more attention to bike safety and the need for drivers to be careful around bikes, even if no criminal charges came out of the grand jury investigation.

“I’m hopeful that our elected officials, our transportation ­officials, our courts and police, and the whole system are going to start paying attention to these kinds of crashes,” said Stidman. “As we get more people riding on the road . . . it’s going to get harder and harder to ignore these crashes as our constituency grows.”

The case, Watson said, demonstrates the importance of community-wide campaigns to raise awareness of bike safety and show cyclists can safely share roads with other vehicles.

“It’s part of a larger culture change that needs to happen,” Watson said. “Until then, we’re still going to see a reluctance in the minds of many average citizens to hold people criminally accountable in incidents like this.”

Fischer, the bike lawyer, said he was encouraged that the ­police went so far in attempting to prosecute the driver. Perhaps that is the sign of a turning point, he said.

“Now there’s a prosecutor who’s willing to make the effort, and I’m pleased to see that,” ­Fischer said. “Maybe it’s not enough of a step, but it’s a step forward when a prosecutor doesn’t have to be convinced or persuaded or pressured by the bicycle community to do something.”

“For what it’s worth,” he continued, “that’s progress.”