Posted by thatsenough on Monday, 12 August 2013 in Oil Spill

Will Oil Companies in Manila Pay For Damages? 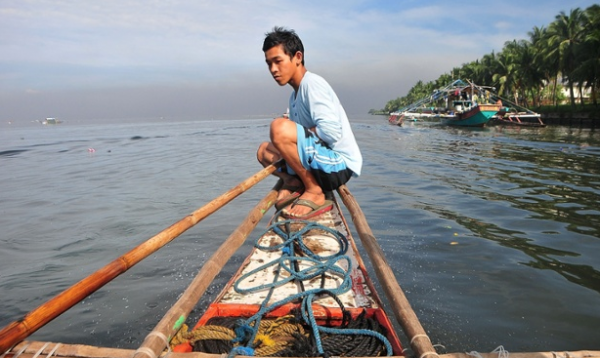 “We have a law imposing strict liability for oil pollution damage and ensuring prompt and adequate reparation for affected people, including fisherfolk,” said Ty, who represents the LPG Marketers’ Association (LPG-MA) in Congress, in a news release.

Ty was referring to the Oil Pollution Compensation Law of 2007, or Republic Act 9483, which enforces in the country all international rules on accountabilities for fuel spill damage of all ship owners and companies that receive petroleum after sea transport.

“Whether the diesel was inadvertently discharged by an oil depot in Rosario, Cavite, or by a tanker that had just unloaded fuel at the terminal, sufferers can expect reasonable repayments,” said Ty, who sits in the House energy and ecology committees.

Under the law, Ty said ship owners that “cause pollution damage or create a grave and imminent threat of causing such damage,” are liable for:

· Expenses actually incurred in cleanup operations at sea or on shore;

· Consequential loss or loss of earnings suffered by owners or users of property contaminated or damaged as a direct result of the spill;

· Pure economic loss or loss of earnings sustained by people, even if the property tainted or spoiled by the slick does not belong to them;

· Damage to human health or loss of life as a direct result of the incident; and

· Environmental damage and other reasonable measures of restoration.

The liabilities of ship owners are defined in maximum amounts based on international standards, and depending on the volume of oil discharged and the vessel’s gross tonnage, according to Ty.

“As to companies that receive petroleum products after sea transport, we know for a fact that they have all been contributing to the International Oil Pollution Compensation (IOPC) Fund,” Ty said.

Ty said the IOPC Fund is part of an international regime of liability and compensation for oil spill damage.

Under the system, he said the owner of a tanker and/or its insurer is liable up to a certain limit for damage following a spill. If that amount does not cover all admissible claims, further compensation is available from the IOPC Fund.

Ty also said the law has a compulsory insurance system for ship owners to cover potential oil spill damage. He said ships carrying over 2,000 tons of oil without valid financial security are supposed to be banned from Philippine waters.

The Philippine Coast Guard has yet to ascertain whether the 500,000 liters of diesel spilled into Manila Bay came from Petron Corp.’s depot in Rosario, Cavite, or from the M/T Makisig, which had just unloaded fuel at the terminal.

The owner of M/T Makisig has categorically denied that it has anything to do with the spill, while Petron has since shut its depot.

The slick has spread over a 300-square kilometer area, and has affected 20 kilometers of coastline.

In Rosario alone, more than 40,000 people in coastal areas have been hit by the discharge, according to Mayor Jose Ricafrente Jr.

Rosario also has thriving cottage industries anchored on fishing. These include smoked fish processing, fish drying, and the production of fish paste as well fish sauce.