Posted by bchristo on Tuesday, 17 January 2012 in Wildlife Conservation

Sumatran rhinos find each other 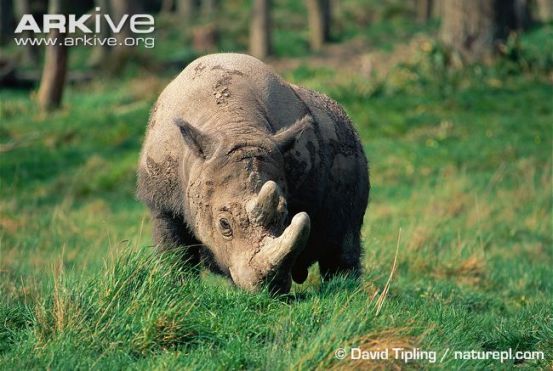 Puntung is a Sumatran rhino, one of roughly two hundred left in the world.

Captured in a Borneo forest on Christmas Day, she is the latest addition to Malaysia's Borneo Rhino Sanctuary -- and experts say she may also be one of the last hopes for a species on the brink of extinction.

Veterinarians want to introduce Puntung to Tam, a 20-year-old male Sumatran rhinoceros in the enclosure next door, in the hopes that they will breed -- although this cannot take place for a number of months yet, until Puntung is deemed ready.

Estimated to be 10 to 12 years old, she was airlifted to the sanctuary in the Tabin Forest Reserve after her capture, and has since been adjusting to her new home, eating more than 60 kg (132 lb) of leaves each day.

"She doesn't look stressed, she's eating well ... but the stress (of a new environment) is enough to offset her cycle, her normal cycle," said Zainal Zahari Zainuddin, a veterinarian with the Borneo Rhino Alliance.

"So she may not have a cycle now. That's why we're monitoring her."

Deforestation and illegal hunting have decimated the population in the wild, and habitat fragmentation has cut the surviving animals off from potential mates. The animals are ageing to the point where they are too old to breed.

But even the capture of Puntung, dubbed a "Christmas miracle" by scientists, does not mean success is assured.

Though she is the right age to breed, she may well turn out to be infertile, said John Payne, at the Borneo Rhino Alliance.

"The rhinos that were caught in Malaysia. Peninsular Malaysia, Sabah and Sumatra in the past ... quite a few wild caught females did have reproductive tract problems. They weren't producing eggs or they had cysts or tumors in the fallopian tubes," Payne said.

"So we are not over the hurdle yet. It may prove that she's not fertile, in which case we need to go on what sort of treatments might be possible to make her fertile."