Posted by drlfoep on Friday, 21 February 2014 in Sustainable Development 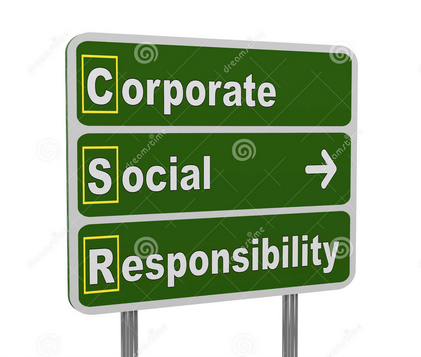 The green shoots of economic recovery are causing companies to take a fresh look at renewable heating and cooling systems as they give their Social Corporate Responsibility agendas fresh impetus.

Plans which were put on the back burner during the recession are being revived and many organisations are now ready to invest in renewable technologies that will cut their carbon footprints.

They are being driven not just by a desire to cut building running costs – which is understandable in the tough economic climate - but by a determination to reduce their impact on the environment.

They are looking at technologies such as Ground Source Energy Systems, Combined Heat & Power, Solar Photovoltaic and Thermal, Air Source Heat Pumps and Biomass, or combinations of these.

“Companies are re-invigorating their Corporate Social Responsibility programmes as they pull out of the recession – there is a noticeable trend,” said Chris Davidson, Development Director at GI Energy.

“Now they have the confidence to invest more time and money, and they want to live up to their own expectations. Corporate Social Responsibility programmes are moving right up the agenda again.

“And the pressure isn’t just coming from shareholders – candidates are quizzing companies about their environmental policies during job interviews. They want to work for companies that are forward-thinking and outward-looking.

”Companies that want to hire the best talent are aware that having – and implementing – a good Corporate Social Responsibility programme is attractive to the next generation of employees.”

GI Energy has noticed a trend: increasingly, companies making enquiries about renewable heating and cooling say they are being driven by environmental concerns rather than purely financial returns.

They are following the example of Oxford University, which decreed that cutting carbon emissions was the top priority when choosing a hybrid Ground Source Energy System to heat and cool its new Oxford Earth Sciences building.

Results have been spectacular. A GI Energy monitoring and control unit decides when to switch the Ground Source heat pumps from heating to cooling, as well as when to switch on or off the back-up gas boilers and electric chillers.

Carbon savings are 120 tonnes more than expected a year, despite the building needing more heating and cooling than anticipated. The system is many times more energy-efficient than a conventional one. For every kilowatt of power used, on average 3.6 kilowatts of heating, or 4.7 kilowatts of cooling, was produced.

“Renewable technologies have a significant role to play in cutting the UK’s carbon footprint and the Government has recognised that with its recent large increase in the Renewable Heat Incentive tariff,” explained Mr Davidson. “There has never been a better time to invest in renewable heating and cooling.”

GI Energy is the UK market leader in the design and installation of Ground Source Energy Systems and has expanded its offering to embrace a range of renewable heating and cooling solutions, from Air Source Heat Pumps, Combined Heat & Power to Solar Photovoltaic and Thermal, and biomass.

To date it has installed more than 200MW worth of Ground Source Energy Systems in schools, hospitals, universities, supermarkets, police headquarters, public buildings and commercial developments in the UK. Pioneering not just in technological advances, GI Energy has developed a finance package designed to mitigate the upfront costs of an installation, with Sainsbury’s being the first to take up the offer. -