Posted by tvernile on Monday, 09 June 2014 in Forestry 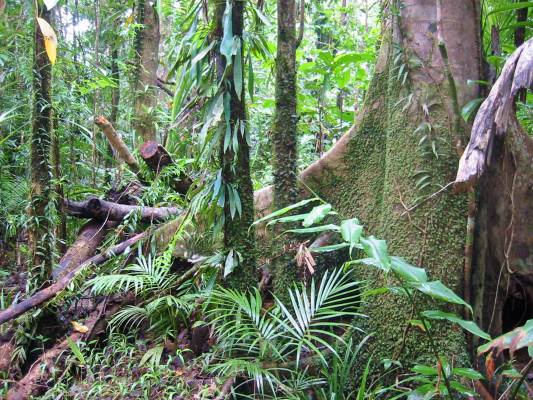 Reducing deforestation in the tropics would significantly cut the amount of carbon dioxide emitted into the atmosphere – by as much as one-fifth – research shows.

In the first study of its kind, scientists have calculated the amount of carbon absorbed by the world's tropical forests and the amounts of greenhouse gas emissions created by loss of trees, as a result of human activity.

They found that tropical forests absorb almost two billion tonnes of carbon each year, equivalent to one-fifth of the world's carbon emissions, by storing it in their bark, leaves and soil. However, an equivalent amount is lost through logging, clearing of land for grazing, and growing biofuel crops such as palm oil, soya bean and sugar. Peat fires in forests add significantly to the greenhouse gas emissions.

Researchers estimate that if all human-related deforestation of the tropics were to stop, the forests could absorb more carbon than at present, equivalent to one-fifth of global emissions.

Scientists from the Universities of Edinburgh and Leeds analysed data from multiple previous studies, including satellite studies, to determine the amount of carbon absorbed and emitted by the world's tropical forests in South and Central America, equatorial Africa and Asia.

Their study, published in Global Change Biology, was supported by the Natural Environment Research Council.

Professor John Grace of the University of Edinburgh's School of GeoSciences, who led the study, said: "If we limit human activity in the tropical forests of the world, this could play a valuable role in helping to curb the rise in carbon dioxide in the atmosphere. Preventing further losses of carbon from our tropical forests must remain a high priority."