Posted by rackfokus on Friday, 07 November 2014 in Climate Change

Climate Change Dangers Are 'Higher Than Ever': U.N. Report 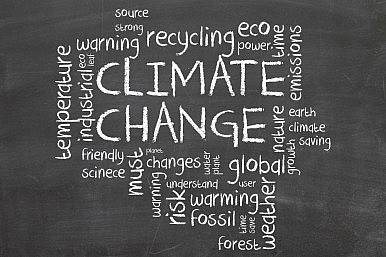 Pollution and climate change due to human influence is “clear,” and the observed effects are “unprecedented,” according to a report released Sunday by a United Nations panel.

The 116-page report is the fifth since 1990 prepared by the Intergovernmental Panel on Climate Change (IPCC). The latest installment synthesizes the findings of the previous four reports and presents new conclusions that environmental scientists arrived at since the fourth report was released in 2007. Economic and population growth have contributed to greenhouse emissions, which are “higher than ever,” and caused the earth to warm, the report concludes.

“The atmosphere and ocean have warmed, the amounts of snow and ice have diminished, and sea level has risen,” the report said, adding that this has caused extreme weather all over the world. “It is very likely that heat waves will occur more often and last longer, and that extreme precipitation events will become more intense and frequent in many regions.” The risks that these extreme weather conditions present affect a wide range of people but are most devastating to disadvantaged populations, the report said.

The report recommends allocating finances to encourage people and governments to come up with new ideas to tackle climate change. IPCC vice chair Jean-Pascal van Ypersele wrote on Twitter that “ordinary people” can make choices that reduce climate change, “but policymakers have responsibility to facilitate.”

Still, the report warns that “even with adaptation, warming by the end of the 21st century will lead to high to very high risk of severe, widespread, and irreversible impacts globally.”

“We can't prevent a large scale disaster if we don't heed this kind of hard science,” U.S. Secretary of State John Kerry said Sunday in response to the report. “The longer we are stuck in a debate over ideology and politics, the more the costs of inaction grow and grow.”