Does Our Military Know Something We Don't About Global Warming? 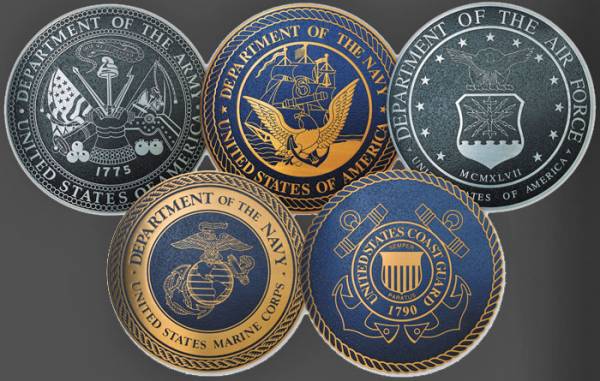 Every branch of the United States Military is worried about climate change. They have been since well before it became controversial. In the wake of an historic climate change agreement between President Obama and President Xi Jinping in China this week (Brookings), the military’s perspective is significant in how it views climate effects on emerging military conflicts.

China will be our biggest military and political problem by the middle of this century. It would be nice to understand what issues will exacerbate our struggles.

At a time when Presidents Ronald Reagan and Bush 41, and even British Prime Minister Margaret Thatcher, called for binding international protocols to control greenhouse gas emissions, the U.S. Military was seriously studying global warming in order to determine what actions they could take to prepare for the change in threats that our military will face in the future.

This is not a group normally considered to be liberal activists and fear-mongers.

This year, the Military Advisory Board came out with a new report, called National Security and the Accelerating Risks of Climate Change, that is a serious discussion about what the military sees as the threats and the actions to be taken to mitigate them.

Bill Pennell, former Director of the Atmospheric Sciences and Global Change Division at Pacific Northwest National Laboratory, summed up the threat in recent discussions about climate and national security:

“The environmental consequences of climate change are a significant threat multiplier, which by itself, can be a cause for future conflicts. Global warming will affect military operations as well as its theaters of operations. And it poses significant risks and costs to military and civilian infrastructure, especially those facilities located on the coastline.”

“The countries and regions posing the greatest security threats to the United States are among those most susceptible to the adverse and destabilizing effects of climate change. Many of these countries are already unstable and have little economic or social capital for coping with additional disruptions.”

“Whether in Africa, the Middle East, South Asia, or North Korea, we are already seeing how extreme weather events – such as droughts and flooding and the food shortages and population dislocations that accompany them – can destabilize governments and lead to conflict. For example, one trigger of the chaos in Syria has been the multi-year drought the country has experienced since 2006 and the Assad Regime’s ineptitude in dealing with it.”

So why is the country as a whole, and those who normally support our military, so loathe to prepare for possible threats from this direction?

In 1990, Eugene Skolnikoff summarized the national policy issues surrounding global warming and why it has been so difficult to rationally develop policy to address it.

“The central problem is that outside the security sector, policy processes confronting issues with substantial uncertainty do not normally yield policy that has high economic or political costs. This is especially true when the uncertainty extends not only to the issues themselves, but also to the measures to avert them or deal with their consequences.”

“The climate change issue illustrates – in fact exaggerates – all the elements of this central problem. Indeed, no major action is likely to be taken until those uncertainties are substantially reduced, and probably not before evidence of warming and its effects are actually visible. Unfortunately, any increase in temperature will be irreversible by the time the danger becomes obvious enough to permit political action.”

And as Rear Admiral David Titley, former Oceanographer of the Navy, stated in a 2013 testimony to Congress, “I tell people, this is cutting-edge 19th-Century science that we’re now refining.”

The Military Advisory Board is dismayed that discussions of climate change have become so polarizing and have receded from the arena of informed public discourse and debate.

“While the causes of climate change and its impacts continue to be argued or ignored in our nation, the linkage between changes in our climate and national security has been obscured. Political concerns and budgetary limitations cannot be allowed to dominate what is essentially a salient national security concern for our nation. Our Congress, the administration, and all who are charged with planning and assuring our security should take up the challenge of confronting the coming changes to our environment.”

What makes this week’s U.S.-China climate agreement so important is its announcement in the run up to the 2015 United Nation’s global climate summit in Paris.  Since most of humanity’s emissions come from our two countries, international pressure has mounted on both of us to get serious about reductions. Our military was knee-deep in these negotiations.

The world was thinking that the U.S. and China was ready for a game of GHG chicken, each waiting for the other to instigate steep cuts.  By announcing a common plan in advance of the Paris summit, the two Presidents have undercut the acrimony anticipated for these negotiations and set a do-something tone for the conference that the rest of the world will find hard to ignore.

Our Military Advisory Board concluded that “coordinated and well-executed actions to limit heat-trapping gases and increase resilience to help prevent and protect against the worst projected climate change impacts are required — now.”

Whatever your thoughts on the relative human and natural influences on climate change, ignoring our military is not prudent. They understand the dangers of not being prepared.