Posted by stevenbcohen on Friday, 22 May 2015 in Oil Spill

Here’s How The U.S. Plans To Prevent Another Huge Offshore Oil Spill 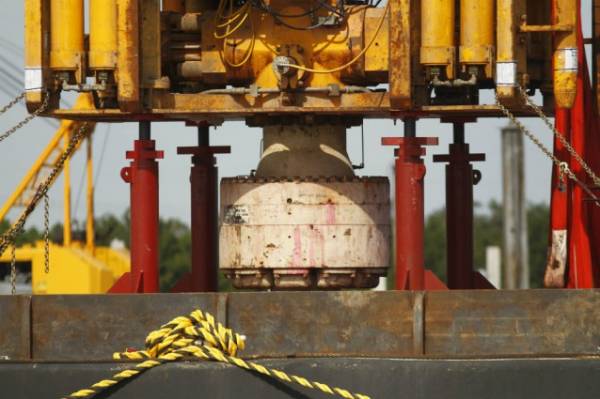 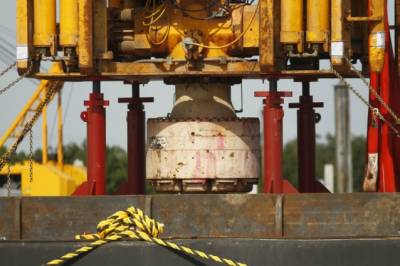 This Sept. 13, 2010 file photo shows the bottom of the blowout preventer stack from the Deepwater Horizon explosion and oil spill.

On Monday, nearly five years after the Deepwater Horizon drilling rig exploded and sent millions of barrels of oil gushing into the Gulf of Mexico, the Obama administration announced new rules aimed at preventing a similar spill from happening again.

The proposed regulations on offshore drilling target the reliability of drilling equipment, especially the blowout preventer, a piece of equipment that seals and controls oil and gas wells and which failed during the Deepwater Horizon spill. Among other new requirements for drilling technology, the Interior Department’s proposed regulations would require oil and gas drillers to perform tests and maintenance on their blowout preventers. They would also require drillers to undergo a yearly review by a third party to make sure that the blowout preventer equipment is functioning well, and would require a detailed inspection every five years.

“These proposed measures are designed to further build on critical lessons learned from the Deepwater Horizon tragedy and to ensure that offshore operations are safe,” Secretary of the Interior Sally Jewell said in a statement. “This rule builds on enhanced industry standards for blowout preventers to comprehensively address well design, well control and overall drilling safety.”

The rules are now open for public comments, and the federal government is expected to issue a final rule later this year. That rule will go into effect three months later, but the Interior Department is giving oil and gas companies three to seven years to completely comply with the rule.

That three to seven year grace period is meant to give companies time to install any new technology they need to comply with the rules, but some environmental groups claim that the proposed rule is similar to the best practices already adopted by the oil and gas industry.

“Are we really strengthening safety or are we just making these [provisions] official?” Jackie Savitz, vice president of U.S. Oceans at Oceana, told the Wall Street Journal.

The oil industry, for its part, says its still reviewing the rules.

Still, others are glad that the Interior Department has proposed the long-awaited rules. The Interior Department said back in April 2011 that it was considering proposing new blowout preventer rules, and announced in May 2012 that it would be proposing new rules by September of that year. But the agency missed that deadline and another it set for itself to propose the rules.

Matt Lee-Ashley, director of public lands at the Center for American Progress, told ThinkProgress that he thinks the five-year delay in releasing the rules was due to the technological nature of the regulations.

“This is one of the most technically complex rulemakings the agency has ever done, so I think it took them some time to gather all the information about what went wrong with the blowout preventer on Deepwater Horizon, gather input from technical experts and independent reviews, and develop standards that reflect the best available technologies,” he said in an email.

Lee-Ashley also said that regulators like the Interior Department “face a major challenge” in keeping up with new technology that oil and gas drillers are using and in trying to account for the major risks that come along with drilling in the ocean.

“Deepwater Horizon was the biggest environmental disaster in American history, and the Department of the Interior has rightly implemented the most significant safety reforms ever undertaken,” he said, adding that the federal government “is making these safety improvements with no help from Congress and, all too often, resistance from an oil industry that wants to keep its costs low.”

Even with standards and rigorous oversight of drilling operations, Lee-Ashley emphasized that the risk of accidents and major spills like the Deepwater Horizon will always be present. The consequences of that fact are being underscored as the five-year anniversary of the Deepwater Horizon disaster approaches and studies continue to document the impacts of the spill. One report released last month from the National Wildlife Federation found that 20 animal species were still being affected by the spill, and a study this month found that the dispersant used to break up oil that had spilled into the Gulf was more harmful to coral than the oil itself.