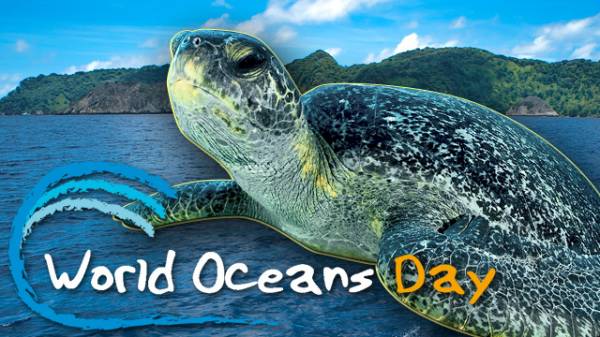 Once a year, the United Nations puts a day aside to focus on the oceans and actions that can be taken to preserve it. Every June 8th, World Oceans Day is held and given a theme to drive a given message forward. This year it is Healthy Oceans, Healthy Planet with special attention to stopping plastic pollution.Although World Oceans Day may not jump to mind as easily as Earth Day or Arbor Day, it is no less important. According to their website, the holiday was formed in 2002 by The Ocean Project in collaboration with organizations like the World Ocean Network and the Association of Zoos and Aquariums. The U.N. made it an official holiday in 2008 to recognize the challenges we face in preserving an area that takes up 71 percent of our planet.The holiday is still taking root globally. Last year, U.S. Secretary of State John Kerry hosted the first-ever Our Ocean conference and announced that Chile has offered to host the next Our Ocean conference in October.

In a formal press release, the secretary of state reminds us that this is not just a political movement and it is up to individuals to do their share to save the oceans. He suggests "choosing sustainable seafood, carpooling or public transportation more often, picking up litter, and reusing products" as small ways to keep the ocean clean.Chairman of the Marine Environment Protection Authority Ranjith Meegaswaththa said that a special event will be held Monday for World Oceans Day.For easy, last-minute ways to get involved in your community, visit World Oceans Day's website.