Posted by Cathym on Thursday, 16 July 2015 in Climate Change 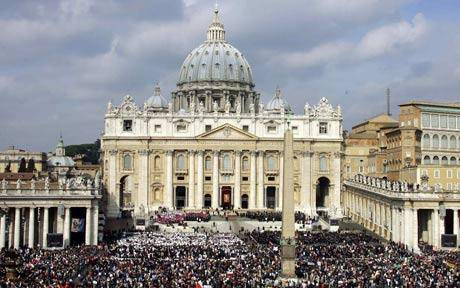 The Vatican is set to hold a conference on climate change and sustainability next week, a month after the pope said changes in the global climate have made the Earth look like “an immense pile of filth.”

The climate change meeting, which will be held July 21 and 22 alongside a meeting on human trafficking, was announced on Wednesday at a press conference in the Vatican. Both meetings will be attended by mayors from countries around the world to “discuss how cities can help contribute to the solution of some of these problems facing humanity,” according to the Vatican.

The conference comes a month after the Vatican published an encyclical, or missive to bishops of the Catholic Church, addressing environmental damage and plunging the pope into a politically charged debate over climate change.

Climate change and human trafficking are “interconnected emergencies,” Bishop Marcelo Sánchez Sorondo, chancellor of the Pontifical Academy of Social Sciences, the body hosting the meetings, said on Wednesday. He added that “although the poor and the excluded have the least effect on climate change…they are the most exposed to the terrible threat posed by human-induced climate disruption.”

“We intend for the mayors to commit to promoting the empowerment of the poor and of those who live in vulnerable conditions in our cities and in our urban settlements, reducing their exposure to extreme weather events caused by radical environmental, economic and social instabilities, which create fertile ground for forced migration and human trafficking,”  he said, noting that the trend of more people living in urban settings is set to increase over the coming decades.

Sorondo said it's “difficult” not to link climate change to extreme weather events such as drought, heat waves and storms; with 14 of the past 15 hottest years on record occurring in the 21st century, the United Nations issued its first-ever heat-wave guidelines earlier this month. The U.N. said climate change is responsible for the increased frequency and intensity of global heat waves.

It was not announced which mayors would attend the meeting on July 21 and 22, which will mark the first time an international contingent of mayors has visited the Vatican, according to the Vatican News Network.