Posted by loonayroxy on Tuesday, 12 April 2016 in Clean Water

Your Child Could Be Drinking Lead-Tainted Water in School 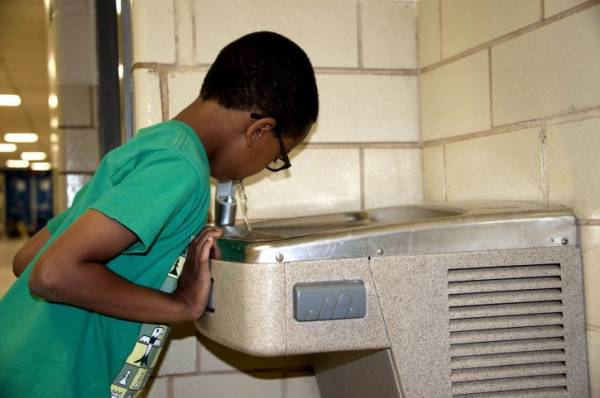 Students at nearly half the public school buildings in Newark, New Jersey, have been drinking bottled water for the last month, ever since public officials disclosed that the water from drinking fountains and faucets contained high levels of lead. Just last week, the school district released a new batch of results that implicated charter schools as well. The fountains at these schools have been shut off, and signs posted in the bathrooms urge kids not to drink from the taps.

But Newark is hardly alone: Students in Boston, Baltimore, and Camden, New Jersey, have been drinking trucked-in water for years due to lead concerns. In a way, they are the lucky ones: These systems are actually testing their water for lead, either voluntarily or because of public pressure. "It's definitely the schools that you do not hear about" that are the most concerning, says Mark Edwards, the Virginia Tech professor whose follow-up studies in Flint revealed the extent of the lead contaminationthere.

It may seem incomprehensible that drinking water for children could go without scrutiny, yet roughly 90 percent of the nation's schools aren't required to test their water, says Yanna Lambrinidou, a Virginia Tech University scientist who studies the issue. The Environmental Protection Agency requires schools to be connected to a water source that is regularly tested for lead, but those schools needn't test for on-site contamination.

The problem is, the vast majority of the lead contamination comes from within—from schools' lead pipes, lead solder, water cooler linings, and leaded brass drinking fountains. "It's a regulatory vacuum," says Lambrinidou. "From a public health perspective, it's unconscionable"

Any school or day care with old plumbing may be vulnerable, Lambridinou says, and that's "the vast majority." Because even though lead service lines and solder were banned in 1986, schools continued to install leaded brass drinking fountains until just a few years ago. Here's a quick drill-down of some major school districts where bottled water is the new normal.

Newark Public Schools: Water fountains in 30 of the district's 66 public school buildings were shut off on March 9 after water tests found lead in excess of the Environmental Protection Agency's action limit of 15 parts per billion. About 12 percent of samples taken from Newark school buildings between 2012 and 2015 had previously exceeded the EPA cap, but until this year the schools addressed the problem by replacing individual filters and faucets.

"I think the way the world would receive these data is different after Flint."

Upon learning of the test results, schools superintendent Christopher Cerf, who took over last year, says he immediately reached out to the state's Department of Environmental Protection, which recommended temporarily cutting off water to the fountains. "Our national consciousness has been raised by other national events," Cerf told the New York Times. "I think the way the world would receive these data is different after Flint."