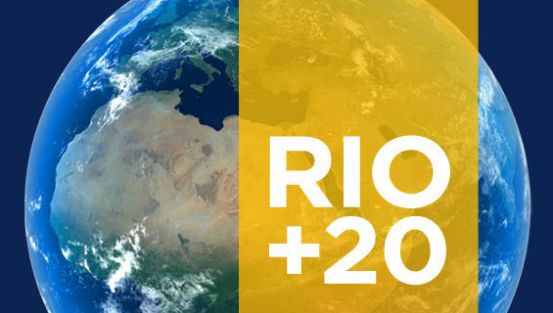 Promises made at previous summits have not delivered enough protection for the oceans — campaigners are pushing for better results from Rio+20, writes Prime Sarmiento.

This month, scientists, campaigners and many developing nations are optimistic they will set in motion a deal on the conservation of the high seas at Rio+20 (UN Conference on Sustainable Development) in Brazil.

They argue that the UN Convention on the Law of the Sea (UNCLOS), agreed 30 years ago, does not address the welfare of the vast areas of ocean that are 'beyond national jurisdiction'.

Over the past decade, research has increasingly revealed the importance of marine life in the high seas for, among other things, maintaining the health of seas closer to shorelines.

Now many delegations want Rio+20 to agree to negotiations on a legal framework that might lead to protected areas in the high seas.

The latest round of 'informal-informal' negotiations for Rio+20, which finished last week (29 May—2 June) left a variety of opinions on how successful the conference will be at achieving such protection.

"It's looking good," says Susan Lieberman, deputy director of international policy at the Pew Environment Group. "I'm not going to say it's looking great — there are always commercial pressures and government pressures — but there is a real surge of momentum.

"Almost every country in the developing world agrees we should launch that negotiation. There are a lot of coastal developing countries saying they can't develop without something happening."

Mark Dia, oceans campaigner for Greenpeace South-East Asia, says: "We are positive that the governments that will participate in Rio+20 will agree that ocean sustainability is a critical environmental issue".

But the World Wide Fund for Nature, commenting on a recent version of the negotiating text, said that "very few paragraphs include time framed commitments, and little action oriented text".

And recent rounds of negotiations have revealed opposition from Canada, Japan, Russia and the United States, to dealing with the high seas through a mechanism initiated at Rio+20. One objection is that high seas agreements should be negotiated region-by-region; another cited is that an international agreement should be reached in another forum.

Other issues raised in the oceans section of the Rio+20 text include a call for the transfer of technology to coastal developing countries, and building the capacity of nations to police their own waters to prevent the illegal commercial fishing that is harming local fishing communities.

Calls for an international monitoring network to document ocean acidification are also acknowledged in the current text.

Acidification, a threat that has only recently received much publicity, is increasing because of anthropogenic carbon dioxide reacting with sea water to form acid. Over the past 150 years ocean acidity has risen by nearly a third.

The New York-based Natural Resources Defense Council (NRDC) is calling for an international programme to monitor the effect that acidification is having on the biology and chemistry of the oceans. It says coastal nations will need the information so they can adapt to changes in fisheries, corals and marine food webs.

But overall, the importance of the oceans for human welfare now has a momentum that has been likened to that of the rainforest campaigns of 20 years ago.

"Oceans were an afterthought in 1992 [the first Rio Earth Summit] and 2002 [World Summit on Sustainable Development, in Johannesburg]," says Lieberman.

"Ocean issues are emerging as a top issue for attention at Rio+20," says Lisa Speer, director of the International Oceans Program at NRDC.

"This is in part due to increasing awareness of the importance of the oceans for food security and the growing concern over overfishing, habitat destruction and other symptoms of marine ecosystems in real trouble."

Whatever is agreed on oceans at Rio+20, sceptics are pointing out that the greatest hurdle may be implementation.

An assessment by the Global Ocean Forum, an alliance that promotes ocean issues, of those commitments that were made at Rio in 1992 and Johannesburg in 2002, shows that most governments failed to reach their marine protection andbiodiversity targets.

The researchers attribute this to rising populations, which are boosting demand for resources; climate change causing damage to ecosystems; lack of standardised data on the status of marine ecosystems; and the relatively low level of understanding ofbiodiversity issues by policymakers and the general public.

Whether the research findings of the last decade will prompt governments into action to overcome these barriers remains to be seen.