Posted by plantitfilm on Tuesday, 13 December 2016 in Environmental Heroes

BILL GATES LAUNCHES FUND TO SAVE THE EARTH 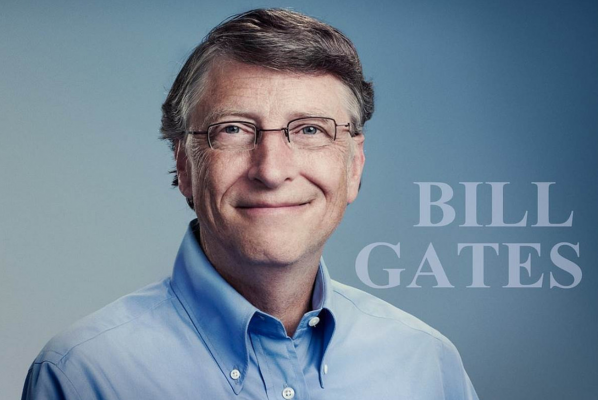 To do so, the BEV will invest in the commercialization of technologies that already aim to reduce greenhouse gas emissions in areas such as electricity generation and storage, transportation, agriculture, and energy system efficiency. The 20-year fund will invest money in startups at their earliest stages and continue all the way to companies that have reached commercialization. Additionally, BEV will collaborate with investors, governments, research institutions, and corporate partners to foster a fund of internal scientific expertise.

“I am honored to work along with these investors to build on the powerful foundation of public investment in basic research,” Gates said in a statement Sunday night. “Our goal is to build companies that will help deliver the next generation of reliable, affordable, and emissions-free energy to the world.”

Last year, Gates announced his intention to invest an additional $1 billion in clean energy technology. But he acknowledges that investing in the energy sector poses its own risks and challenges. Recent attempts to by venture capitalists to invest in clean energy technologies and alternatives were not as successful as had been initially projected. A recent study spearheaded by the MIT Energy Initiative estimated that venture capital firms invested over $25 billion from 2006 to 2011 and lost more than half those funds. The result was a drop off in institutional investment which Gates and his fellow investors view as a market failure that large-scale, long-term private investments can remedy.

“People think you can just put $50 million in and wait two years and then you know what you got,” says Gates. “In this energy space, that’s not true at all.” Clean energy, he continued, is a rather uncrowded investing field: “It’s such a big market that the value if you’re really providing a big portion of the world’s energy, the value of that will be super, super big.” The global energy market stands at $6 trillion according to BEV’s estimates and the initiative projects that energy demand will increase by one-third by 2040.

BEV’s thesis is that only governments possess the resources to invest in crucial research at a scale which is necessary for breakthrough advances to take place. In areas such as solar power, for example, government funding bolstered commercial growth, which opened the door for private investors. “You need investment to take things out of a research lab at a university like Stanford, or MIT, Berkeley, and many other places, or national labs, for example, they’re doing a lot of research,” says Arun Majumdar, a Stanford University professor who was the acting US undersecretary of Energy and is advising BEV.

The BEV will operate as part of the Breakthrough Energy Coalition, which Gates launched in 2015. The group also presented its “Landscape of Innovation,” a guide for public and private investors interested in joining the call for a world free of carbon emissions. The fund will not charge investors management fees beyond its operating costs. Gates hopes the group can gather a management team within the next three months, and plans to work personally to secure strategic partnerships with energy companies funding technological research and breakthroughs.