Posted by Jentyl on Tuesday, 20 December 2016 in Sustainable Development 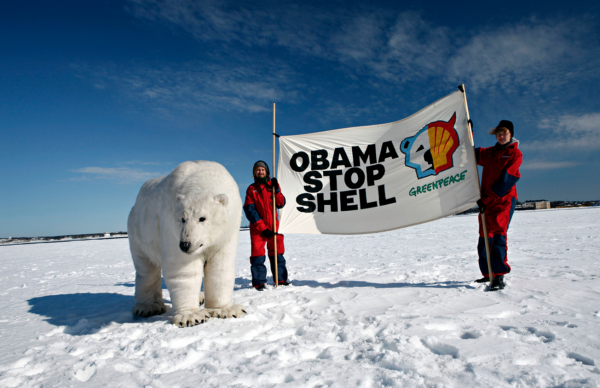 President Obama removed the majority of the Arctic Ocean and parts of the Atlantic from the federal government’s fossil fuel leasing program today, responding to widespread calls to preempt the incoming Trump administration from expanding offshore oil and gas drilling and worsening the climate crisis. The Center for Biological Diversity — one of more than 45 environmental, coastal and indigenous groups that have been asking Obama to permanently protect U.S. waters since writing a joint legal petition in March — hailed today’s decision.

“Obama just took an important step to protect our oceans and his environmental legacy. Protecting the Arctic and Atlantic from dangerous drilling will give polar bears, right whales and other endangered species a fighting chance,” said Miyoko Sakashita, oceans program director at the Center for Biological Diversity. “This decision helps jump-start the resistance to Trump’s promised attacks on our environment.”

Obama’s move today to exercise his authority under Section 12(a) of the Outer Continental Shelf Lands Act strengthens his administration’s decision last month to remove proposed Arctic and Atlantic leases for the Bureau of Ocean Energy Management’s 2017-2022 offshore energy leasing plan. The Center today renewed its call for Obama to extend protections to unleased areas in the Gulf of Mexico, where 10 lease sales are planned in the next five years, and the Pacific Ocean, where California officials fear the Trump administration could overturn the current ban on new federal leases.

“The whole world is watching Trump fill his cabinet with climate deniers. Putting offshore oil and gas off limits is the best way President Obama can protect our climate future,” Sakashita said. “We wish Mr. Obama had extended protections to other areas, like the Pacific and eastern Gulf of Mexico, that have largely been off limits to drilling, but we’re geared up resist Trump’s attempts to drill, baby, drill."

Leading climate scientists say the vast majority of untapped fossil fuels must stay in the ground to avoid catastrophic, irreversible changes to the climate. Unleased federal waters contain an estimated 75 billion barrels of crude oil, more than twice that of unleased federal lands. Stopping the expansion of new leases in federal waters would keep 61.5 gigatons of carbon dioxide out of our atmosphere and oceans.