Posted by rackfokus on Friday, 02 June 2017 in Earth Violators

The U.S. Is the Biggest Carbon Polluter in History. It Just Walked Away From the Paris Climate Deal. 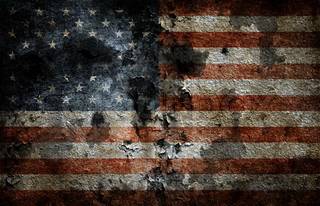 By JUSTIN GILLIS and NADJA POPOVICH

The United States, with its love of big cars, big houses and blasting air-conditioners, has contributed more than any other country to the atmospheric carbon dioxide that is scorching the planet.

“In cumulative terms, we certainly own this problem more than anybody else does,” said David G. Victor, a longtime scholar of climate politics at the University of California, San Diego. Many argue that this obligates the United States to take ambitious action to slow global warming.

But on Thursday, President Trump announced the United States would withdraw from a 195-nation agreement on climate change reached in Paris in 2015.

The decision to walk away from the accord is a momentous setback, in practical and political terms, for the effort to address climate change.

An American exit could prompt other countries to withdraw from the pact or rethink their emissions pledges, making it much harder to achieve the agreement’s already difficult goal of limiting global warming to a manageable level.

It means the United States — the country with the largest, most dynamic economy — is giving up a leadership role when it comes to finding solutions for climate change.

“It is immoral,” said Mohamed Adow, who grew up herding livestock in Kenya and now works in London as a leader on climate issues for Christian Aid, a relief and development group. “The countries that have done the least to cause the problem are suffering first and worst.”

The Obama administration pledged $3 billion to an international fund meant to aid the hardest-hit countries. Only $1 billion of that had been transferred to the fund by the time President Trump took office on Jan. 20. On Thursday, he pledged to walk away from the balance of the commitment, though Congress may have the last word.

Mr. Trump argued that meeting the terms of the Paris accord would strangle the American economy and lead to major job losses. Many in the manufacturing and fossil fuel industries lobbied for the United States to leave the pact, but corporate opinion has been deeply split. Leaving the Paris deal was a central Trump campaign pledge.

But the United States has been burning coal, oil and natural gas far longer, and today the country, with just over 4 percent of the world’s population, is responsible for almost a third of the excess carbon dioxide that is heating the planet. China is responsible for less than a sixth. The 28 countries of the European Union, taken as a group, come in just behind the United States in historical emissions.

The Trump administration made clear months ago that it would abandon the emissions targets set by President Barack Obama, walk away from pledges of money to help poor countries battle global warming, and seek to cut research budgets aimed at finding solutions to climate change.

Experts say the climate crisis has become so acute that every country has to pitch in to help solve it, with no room for emissions in developing countries to reach the high levels that have been typical of rich countries.

One of the political breakthroughs that led to the Paris agreement was that nearly all the nations of the world came to grips with that reality and agreed to do what they could to help solve the problem. The agreement recognized that the poorest countries could not afford to do much on their own, which is why they were promised extensive financial and technical help.

Energy experts say that poorer countries may be able to develop their economies without depending entirely on fossil fuels, with new technologies like renewable power and electric cars plunging in cost and opening the possibility of a widespread cleanup of the world’s energy system.

“Nobody really wants barrels of oil or tons of coal,” said John D. Sterman, a professor of management at the Massachusetts Institute of Technology and a founder of a think tank called Climate Interactive. “They need a warm, dry, safe place to live, and access to healthy food, and lighting when it’s dark.”

The time is now for us to stand up and demand something better of ourselves and our country.