Posted by henryfool on Thursday, 31 May 2012 in General Environment

About the Rio+20 Conference 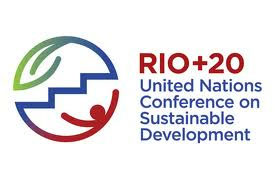 At the Rio+20 Conference, world leaders, along with thousands of participants from governments, the private sector, NGOs and other groups, will come together to shape how we can reduce poverty, advance social equity and ensure environmental protection on an ever more crowded planet to get to the future we want.

The United Nations Conference on Sustainable Development (UNCSD) is being organized in pursuance of General Assembly Resolution 64/236 (A/RES/64/236), and will take place in Brazil on 20-22 June 2012 to mark the 20th anniversary of the 1992 United Nations Conference on Environment and Development (UNCED), in Rio de Janeiro, and the 10th anniversary of the 2002 World Summit on Sustainable Development (WSSD) in Johannesburg.

The Rio+20 Conference It is envisaged as a Conference at the highest possible level, including Heads of State and Government or other representatives. The Conference will result in a focused political document.

How is Rio+20 being organized
Rio+20 is a joint endeavour of the entire UN System. A dedicated Secretariat is responsible for coordinating and facilitating inputs to the preparatory process from all UN bodies. The Rio+20 Secretariat is housed in the UN Department of Economic and Social Affairs and headed by Conference Secretary-General Sha Zukang, who is supported by two Executive Coordinators: Elizabeth Thompson (former Minister of Environment of Barbados) and Ambassador Brice Lalonde (Former Minister of Environment of France). The preparatory process is led by an 11-member Bureau composed of UN Ambassadors from all regions of the world. The host country, Brazil, is leading the logistical preparations on the ground.