Posted by GreenDog on Wednesday, 24 October 2018 in Animals 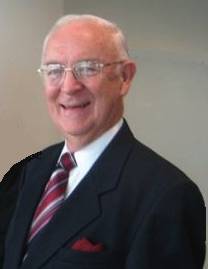 ’20,000 Years of Duck Decoys: A Reference Guide to Australian Decoys’ is a comprehensive guide to collectors – and conservationists – who wish to broaden their horizon significantly.  The more than 450 colour illustrations reflect a whole new world of decoys, and represent an appealing means of attracting public attention to the plight of our natural waterways and their extraordinary wildlife.  The book is undoubtedly a reference for all time on the subject, and is now readily available through amazon.com.

This book was written in view of interest in how nature and natural resources changing dramatically.  At the same time as active participation in hunting and outdoor recreation is declining, indirect (vicarious) interest is soaring.  Witness the documentaries of BBC’s Sir David Attenborough, where each natural history film now attracts an audience of more than 450 million viewers.

No better example of the value of this burgeoning interest occurs than with the humble duck decoy.  Renowned in North America among collectors – both hunters and art-lovers – the contribution they have made to the successful conservation of the country’s precious wetlands is unprecedented.  The US Department of Interior’s programs using the ‘image’ of waterfowl to fund the management of otherwise-disappearing wetlands is a conservation benchmark to be greatly admired – and replicated.

And so this premier folkart of duck decoys is spreading globally.  This book traces their evolution through pre-historic, colonial and modern times.  Used by Australian Aborigines in primitive yet remarkably effective ways for more than 20 millennia, these hunting lures are shown to have evolved into both quasi-religious totems (moieties) and sophisticated art forms.  The influence of early European styles of decoys on present-day Australian (and New Zealand) working decoys is also highlighted, with heavy adaptation brought about later by present-day Asian and North American manufacturers.

The authors: Hugh Lavery was the inaugural ‘Environmental Practitioner of the Year’ for Australia & New Zealand (2007).  He is a former Director of National Parks and Wildlife there, the principal consultant to Australia’s largest corporate landholder, and a former Chief Consultant to National Geographic Society.  John Byers is a leading Australian hunter and decoy carver/collector.