Posted by Wolf on Monday, 28 May 2012 in Green Products/Services 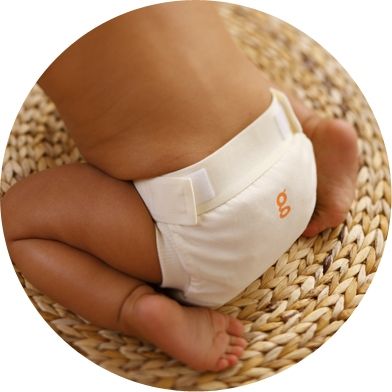 "The biggest bang in this year's UC Davis business plan competition came from the S2E Energy founder who touted a thin, clear window like material said to conduct the sun's power more cheaply and efficiently than existing solar technology."

Second prize of $4,500 went to the creators of Happy Baby vending machines, for on-the-go access to diapers, organic snacks and other baby products.

The People's Choice Award, worth $2,000, went to Roadwise Technologies, which has developed a thin film that can be installed under asphalt to capture energy created by the sun’s heat and the pressure of passing vehicles.

A $15,000 award went to a team that is commercializing a drug, CuroGen, that can deliver medication directly to tumors in bladder cancer patients. The innovation is in the preclinical trial stage.

That award came from a Partnerships for Innovation grant from the National Science Foundation — a grant that established the UC Davis Medical Technology Commercialization Clinic. GSM graduate Gabriela Lee ’04, the chief knowledge transfer officer at the Center for Biophotonics Science and Technology at UC Davis, presented the award aimed at encouraging students to pursue innovative breakthroughs in medicine.

The presentations were made Thursday evening (May 25) at the UC Davis Conference Center.

S2E Energy, formerly known as Simple Cleantech, sells a platform solar cell component that, according to Servaites, outperforms existing components by a factor of four, which leads to efficiency gains of 25 percent to 30 percent or higher compared to existing technology.

“Just as a faster computer chip can enable a faster computer, a more conductive transparent conductor will enable a higher efficiency solar cell, or higher power solar cell,” said Servaites, S2E Energy’s chief executive officer. He is a 2010 graduate of UC Davis’ Green Technology Entrepreneurship Academy, now run by the GSM’s new Child Family Institute for Innovation and Entrepreneurship.
Servaites earned a doctorate in materials science and engineering at Northwestern University, where the initial technology was developed for the S2E Energy solar cell.

Erica Harris said the idea for Happy Baby Vending came from an incident a few years back when she ran into a woman in need of a diaper for her baby. The woman ended up leaving a cheerleading competition, in which another child was participating. “I thought: There should be a better way for mothers to do this — there should be vending machines,” Harris said.

“I don’t have children, so I asked my mother, my aunts, my friends, (and) they all agreed it was a good idea,” said Harris, a UC Davis graduate (bachelor’s degree in clinical nutrition, 2008).

In two years, with the help of her mother as primary investor, Harris has installed four Happy Baby Vending machines at shopping malls in the Los Angeles area, with plans to expand to Ventura County in July and to have 180 vending machines statewide in five years.

In winning the People’s Choice Award, third-year UC Davis law student Ryan Lore, team leader for Roadwise Technologies, won over the audience of more than 100 with his description of how to collect energy from crowded freeways. “The pressure of the passing cars, combined with the hot roadway, create a lot of energy that we can use,” he said.

Lore explained that, with the technology that his team of chemists, engineers and law students helped develop, energy can be harnessed and to utilities or companies. The Dynafilm technology can be used on freeways and parking lots, he said, on existing asphalt.

Joanie Cheung, team leader for Integrated Cancer Therapeutics and a student in the GSM’s Bay Area MBA program, said the team’s goal with CuroGen is to improve the efficacy and lower the side effects of bladder cancer chemotherapy.
“As this therapy will become the most effective bladder cancer treatment, it will control the growth of cancer cells effectively and reduce pain,” said Cheung, who also is a systems engineer at Genentech.

“The ideas we saw today were more developed than a lot of business plan I’ve seen — there were a lot of new and better ideas here today,” said Woodall, CEO of Lamplighter Financial and has judged the competition for a few years.
Professor Andrew Hargadon, faculty director of the Child Family Institute for Innovation and Entrepreneurship — a sponsor and adviser for the competition — encouraged the student participants to keep pursuing their entrepreneurial dreams.

He said the gloomy job environment provides opportunities. “The prospect for starting a company has never been better,” he said. “Starting a business is more accessible and acceptable than it ever has been.”

Each year, the Big Bang! competition brings together interdisciplinary teams of students, university researchers and faculty, with mentors from the region’s business community. Some of Northern California’s largest employers, venture capitalists and law firms provide the prize money, coaching and volunteer judges. The Big Bang! has produced many teams that have become successful start-ups since its founding in 2000.

About the UC Davis Graduate School of Management

Dedicated to preparing innovative leaders for global impact, the UC Davis Graduate School of Management is consistently ranked among the premier business schools in the United States and internationally. The school’s faculty members are globally renowned for their teaching excellence and research in advancing management thinking. Each year, the school provides a bold, innovative approach to management education to 110 full-time MBA students at the UC Davis campus and more than 450 part-time MBA students in Sacramento and the San Francisco Bay Area. A Masters in Professional Accountancy program launches this fall. http://www.gsm.ucdavis.edu.