Posted by GreenDog on Tuesday, 01 September 2020 in Ocean/Seas/Coastlines 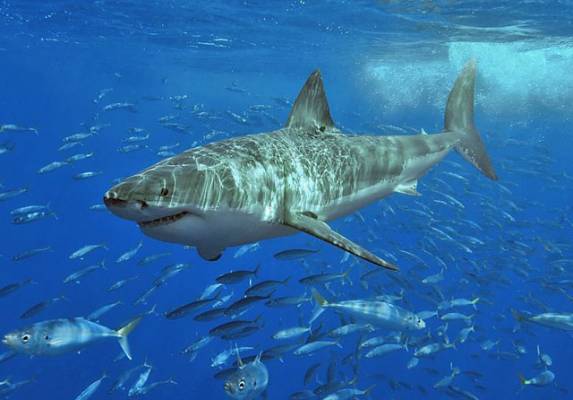 The Government of Belize has taken a big step forward in protecting its ocean – home to 40% of the world’s second largest reef. After campaigning by the people of Belize, Oceana, the Belize Coalition for Sustainable Fisheries, and our allies, the government has signed an agreement to protect its ocean from a type of fishing gear responsible for the indiscriminate killing of countless important fish, turtles, and sharks. Once enacted, today’s promise from the Government of Belize will make Belizean waters – and therefore 40% of the world’s second largest reef – completely protected from gillnets, bottom trawling, and oil drilling. This is a historic victory for Belize, its people, its ocean, and most importantly for the local fishers who depend on the country’s marine resources for their livelihoods. Gillnets are an inherently destructive way to fish. Often combined to be miles long, the nets are set by fishers to catch one species, but also catch and kill many other species that the fishers don’t intend or want to catch. Marine life swim into the long nets and become trapped in the nets and essentially suffocate to death – either because they can no longer swim forward to push air through their gills or because they can’t resurface to breathe. In Belize, protected species like bonefish, tarpon, permit, manatees, and even endangered species such as scalloped hammerheads have been caught and killed by this indiscriminate gear. Gillnets have even been credited with the regional extinction of sawfish.

On average, fewer than 100 licensed fishers have a license to use gillnets in Belize. However, gillnets are the gear of choice for many foreign fishers illegally fishing in Belize’s waters. The banning of these nets will be a critical tool in stopping this illegal fishing. It will also stop the agonizing events that occur when gillnets are lost at sea and continue to capture and kill marine life without any benefit to fishers. Such “ghost nets” have been found in Belize’s Barrier Reef harming a critical UNESCO protected ecosystem that harbors nearly 1,400 species and is central to Belize’s tourism and fishing industries.

More than 97% of commercial fishers in Belize don’t use gillnets and yet, for years, these illegal nets have been depleting fish stocks and directly harming all those in Belize who depend on wild fisheries for their livelihoods, the country’s economy, and environment. Oceana and the Coalition for Sustainable Fisheries worked with the government to find a way to address this problem while still supporting the legal fishers who depend on it. That’s why in November 2019, Oceana and the Coalition for Sustainable Fisheries raised over $2 million BZ to allow licensed gillnet users to transition away from the gear to alternative gear or to find alternative sources of income. Making this change helps to preserve the abundance and biodiversity of Belize’s ocean and the ability of all Belizean fishers to make a living from the seas.

This agreement with the Government of Belize demonstrates the extraordinary vision and leadership of the Belizean people and their deep connection and commitment to preserving their marine resources. When this agreement is implemented by Belize and they ban gillnets, it will be a big step forward for Belize and the protection of the creatures of the world's second largest reef.