Posted by GreenDog on Tuesday, 30 March 2021 in Climate Change 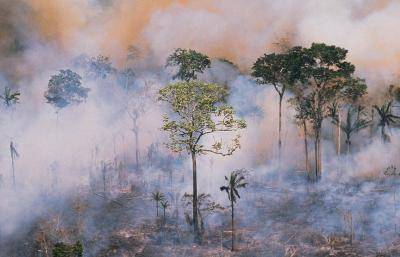 Action to protect people and their homes lags

Australia, now battling its worst floods in more than half a century, has failed to adapt fast enough to the growing threats it faces from the impacts of climate change, with its people now suffering the effects of "wilful ignorance", analysts warned. Heavy rains hit several parts of the country this week, sweeping away houses, roads and livestock and cutting off entire towns in the east. Dangerous flash floods killed two people and more than 40,000 people were forced to flee their homes."They call Australia 'disaster alley' because we've got a bit of everything," said Karl Mallon, CEO of Sydney-based Climate Valuation, which advises homeowners and buyers on climate and extreme weather risks.

As global warming accelerates, it is bringing fiercer storms, floods and heatwaves, more severe droughts and a growing risk of bushfires to Australia.

"It's a shame on us that we haven't tackled this already... We've got every incentive and the money to do it, it's just that we're not looking at it," Mallon told the Thomson Reuters Foundation.

Despite knowing about climate change since the 1980s, Australia continues to build homes in floodplains, he noted.

The problem is often rooted in "wilful ignorance", he said, citing government reliance on land taxes, builders and developers putting profits before safety from climate threats, and homeowners seeking to minimise insurance payments.

Property buyers are given little information on flood risks, either by local government or banks and insurers, Mallon said.

"Sometimes the first time they find out is when they get hit - and they say 'I didn't know I was in a flood zone'," he added.

Richie Merzian, climate and energy programme director at think-tank The Australia Institute, said so far the approach to adapting to climate change impacts has been disjointed between federal, state and council levels, curbing resilience.

"The federal government seems allergic to any mention of climate change which hampers smart policy responses," he said.

When the crisis hit, Morrison's deputy was reported to have partly blamed "self-combusting piles of manure".

Meanwhile, the health of Australia's Great Barrier Reef, the world's most extensive and spectacular coral reef ecosystem, is in a critical state and deteriorating as climate change heats up the waters where it lies, conservation groups say.

"The first thing is to acknowledge that climate impacts will get worse and that 'one-in-100-years' type events will become more common, and we need to plan for that reality," said Cam Walker, campaigns coordinator at Friends of the Earth Australia.

To deal with the risks, a region-based approach to adaptation should be crafted that allows for joined-up responses between different levels of government and communities, he said.

To reduce damage from bushfires, he advised at-risk property owners to clear guttering of flammable materials, install sprinklers and shutters that keep out embers, and use fire-retardant paint.

NATIONAL ADAPTATION PLAN Australia has sophisticated weather monitoring systems and has been able to issue flood warnings and evacuate those in harm's way, potentially saving thousands of lives, said Merzian at The Australia Institute.

But despite the country's vulnerability to climate impacts, the government has been slow to conduct a national climate assessment or prepare a National Adaptation Plan, he said.

In January, Australia's environment minister committed to produce a new climate resilience and adaptation strategy this year, which it is due to publish before the COP26 U.N. climate talks in November.

As part of the initiative, Canberra said it would invest an initial A$12.9 million ($9.8 million) to prepare for disasters.

Protecting and restoring wetlands, mangroves and forests would help shield communities from floods and storms, while more trees in cities would also ease the effects of heat, green groups say.

Changing crops and tilling practices, and introducing livestock breeds that can tolerate drier conditions, are other options to combat droughts, said Will Steffen, a climate scientist at the Australian National University.

But conservative governments have been reluctant to change well-established practices in the agriculture and construction sectors, he said, adding that climate change has become "a partisan political issue".

BAND-AIDS ON BULLET-HOLES Environmentalists say Australia is its own worst enemy due to its continued reliance on coal-fired power, which makes it one of the world's largest carbon-emitters per capita.

Green groups have long lobbied the government to ditch fossil fuels and set a goal to become carbon-neutral by 2050 - so far with little success.

"When it comes to adaptation, you can't put a band-aid on a bullet-hole and expect it to get better," he added.

Friends of the Earth's Walker noted that Australia had produced 240 reports on natural disasters since 1920, but citizens were still suffering the consequences.

"Adaptation without (emissions) mitigation means surrender on the issue of climate change," he said.