Posted by GreenDog on Tuesday, 25 May 2021 in Climate Change 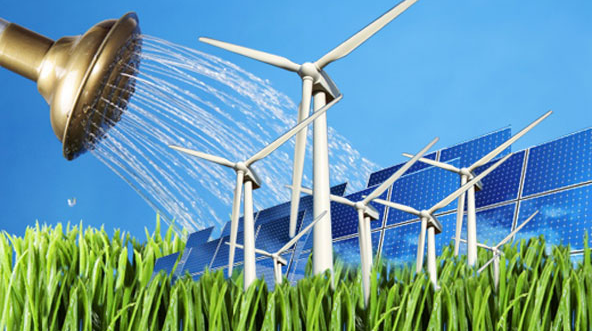 LONDON (AP) — The pledges were part of a wide-ranging communique issued by Group of Seven environment ministers after a two-day virtual meeting hosted by the U.K., which holds the G-7’s rotating presidency. At the heart of the document is a commitment to limit global temperature rises to 1.5 degrees Celsius over pre-industrial levels, compared to the previous goal of 2 degrees.

The ministers also promised to combat deforestation and overfishing, to promote biodiversity and to tackle the scourge of ocean plastic, while seeking to prevent future outbreaks of diseases like COVID-19 that spread from animals to humans.

“We acknowledge with grave concern that the unprecedented and interdependent crises of climate change and biodiversity loss pose an existential threat to nature, people, prosperity and security…,” the ministers said in the communique. “We recognize that climate change and the health of the natural environment are intrinsically linked and will ensure that the actions we take maximize the opportunities to solve these crises in parallel.”

The statement came just days after the International Energy Agency released a report saying governments needed to speed up efforts to reduce emissions of carbon dioxide and other greenhouse gases if they hope to reach their goal of net-zero emissions by 2050. The IEA is a multilateral organization that provides analysis and policy recommendations on energy issues.

Its report made a series of recommendations, including immediately ending investment in new fossil fuel supply projects and stopping the sale of gasoline- and diesel-powered cars by 2035.

“The world has a viable pathway to building a global energy sector with net-zero emissions in 2050, but it is narrow and requires an unprecedented transformation of how energy is produced, transported and used globally,” the IEA said.

The G7 includes the U.S., Britain, Canada, France, Germany, Italy and Japan. China, the world’s biggest source of carbon emissions, is not a member.

While the G7 commitments don’t cover other nations, the communique includes a call for “all countries to join us in this action.”

American climate envoy John Kerry said that ultimately decisions in the marketplace would see an end to the use of coal.

“You can’t fund a coal-fired plant in the United States, and you can’t do it in Europe. The market won’t go there,″ he said. “The marketplace is going to make a decision for us.”