Posted by GreenDog on Monday, 09 August 2021 in Sustainable Development

Will these places survive a collapse? Don’t bet on it, skeptics say 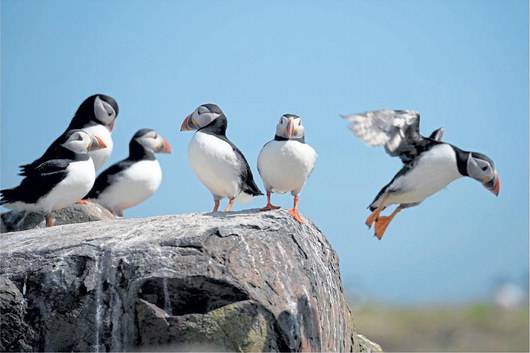 Will civilization as we know it end in the next 100 years? Will there be any functioning places left? These questions might sound like the stuff of dystopian fiction. But if recent headlines about extreme weather, climate change, the ongoing pandemic and faltering global supply chains have you asking them, you’re not alone.

Now two British academics — Aled Jones, director of the Global Sustainability Institute at Anglia Ruskin University in Cambridge, England, and his co-author, Nick King — think they have some answers. Their analysis, published in July in the journal Sustainability, aims to identify places that are best positioned to carry on when or if others fall apart. They call these lucky places “nodes of persisting complexity.”

The winner — tech billionaires who already own bunkers there will be pleased to know — is New Zealand. The runners-up are Tasmania, Ireland, Iceland, Britain, the United States and Canada.

The findings were greeted with skepticism by other academics who study topics such as climate change and the collapse of civilization. Some flat-out disagreed with the list, saying it placed too much emphasis on the advantages of islands and failed to account for variables such as military power.

Jones, who has a Ph.D. in cosmology — the branch of astronomy focused on the origins of the universe — is broadly interested in how to make global food systems and global finance systems more resilient. He says he also is intrigued by the ways in which collapse in one part of the world — whether caused by an extreme weather event or something else — can lead to collapse in another part.

He does not feel certain that climate change will cause the end of civilization, he said, but it’s on track to create a “global shock.”

“We’ll be lucky if we can withstand it,” he added.

His model’s underlying assumption is that when many countries are collapsing at the same time, the ones that are the best set up for self-sufficiency are the most likely to keep running.

For his study, he built on the University of Notre Dame’s Global Adaptation Initiative, which ranks 181 countries annually on their readiness to successfully adapt to climate change. (Norway tops the initiative’s Country Index; New Zealand comes in second.) He then added three additional measures: whether the country has enough land to grow food for its people; whether it has the energy capacity to “keep the lights on,” as he put it in an interview; and whether the country is sufficiently isolated to keep other people from walking across its borders, as its neighbors are collapsing.

New Zealand comes out on top in Jones’ analysis because it appears to be ready for changes in the weather created by climate change. It has plenty of renewable energy capacity, it can produce its own food and it’s an island, meaning it scores well on the isolation factor, he said.

Tasmania, an Australian island state about 150 miles south of the mainland, emerged as second, Jones said, because it has the infrastructure to adapt to climate change and is agriculturally productive.

Linda Shi, a professor in Cornell University’s department of city and regional planning who focuses on urban climate adaptation and social justice, said she appreciated that the study’s authors were thinking long-term and tried to bring complex information together in their analysis of how countries might fare once temperatures have risen by four degrees Celsius.

But she takes issue with several aspects of the list, starting with Tasmania. “If you are going to include Tasmania but don’t care if the rest of Australia goes down, certainly there’s some part of a huge country like China that would find a way to protect its people,” she said.

Shi is also concerned that the model’s underlying data set — the Notre Dame Global Adaptation Initiative — is so strongly correlated with income per capita. She’s not convinced that just because a nation is wealthy it will be resilient. Neither is she convinced that physical isolation keeps dangers at bay.

“Boats and nuclear warheads can make their way to New Zealand,” she said.

Shi also suggested any model that does not account for governance or military power is incomplete.

Ireland fared well primarily because of its agricultural and renewable energy capacity and its isolation, Jones said. Headlines in the Irish media seemed enthusiastic about the list.

Top-ranking countries should not be celebrating, Joseph Tainter said, who wrote a seminal text on societal collapse and is sometimes credited with spawning the academic subdiscipline.

While praising the study’s ambition, he said the authors had failed to properly account for the amount of fossil fuels required for a nation to feed itself.

“Without fossil fuels, agriculture would revert to oxen and human labor,” Tainter said. “In a decomplexification event” — the academic term for when everything goes off the rails — “90% of a nation’s population would become farmers, as was the case in the past.”

Rather than running at current levels of complexity, Tainter said even a country that survived would be facing a “societal, economic and technological simplification.”

Iceland ranks well, Jones said, because of its agricultural and renewable energy capacities as well as its isolation.

Additionally, even as the climate changes, it’s not expected to force a major shift in how the country’s society functions.

Justin Mankin, a professor of geography at Dartmouth, disagreed.

“The spatial pattern of global warming-caused extreme weather and other hazards will undoubtedly deeply affect places like the U.K., New Zealand, Iceland and Tasmania,” he said.

This one surprised even Jones.

“We always put the U.K. down for not doing enough on climate change,” he said. But being an island gave it a huge boost in its capacity to survive an apocalypse, he said.

He insisted he wasn’t biased just because he lives there.

No. 6: United States and Canada

The United States and Canada tied for sixth place. One factor holding them back, Jones said, is their shared land border. His model assumes that it would be more difficult for a country to maintain stability if masses of desperate people can rush across a border.

Jones acknowledges that the idea that mass migration is bad for a country is “a very oversimplified idea,” but it’s one way to assess whether it’s likely to have enough food as its neighbors struggle.

Andrew Pershing, director of climate science at Climate Central, an organization of scientists and journalists focused on climate change reporting, said that rather than focusing on how one country might better contend with a global collapse, scientists should focus on how to avoid that collapse.

But the catastrophic 3-degree increase that Jones’ model is built around is not inevitable.