Posted by GreenDog on Wednesday, 06 October 2021 in Climate Change

WINNERS OF PHYSICS NOBEL REWARDED FOR THEIR WORK ON CLIMATE 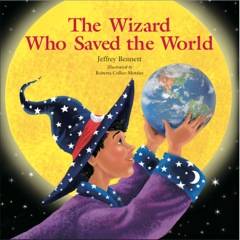 STOCKHOLM » Three scientists won the Nobel Prize in physics Tuesday for work that found order in seeming disorder, helping to explain and predict complex forces of nature, including expanding our understanding of climate change.

Syukuro Manabe, originally from Japan, and Klaus Hasselmann of Germany were cited for their work in developing forecast models of Earth’s climate and “reliably predicting global warming.” The second half of the prize went to Giorgio Parisi of Italy for explaining disorder in physical systems, ranging from those as small as the insides of atoms to the planet-sized.

Hasselmann told The Associated Press that he “would rather have no global warming and no Nobel Prize.’’

Manabe said that figuring out the physics behind climate change was “1,000 times” easier than getting the world to do something about it. He said the intricacies of policy and society are far harder to fathom than the complexities of carbon dioxide interacting with the atmosphere, which then changes conditions in the ocean and on the land, which then alters the air again in a constant cycle.

The prize comes less than four weeks before the start of high-level climate negotiations in Glasgow, Scotland, where world leaders will be asked to ramp up their commitments to curb global warming.

Parisi’s research largely centers around subatomic particles, predicting how they move in seemingly chaotic ways and why, and is somewhat esoteric, while the work by Manabe and Hasselmann is about large-scale global forces that shape our daily lives.

The judges said Manabe, 90, and Hasselmann, 89, “laid the foundation of our knowledge of the Earth’s climate and how human actions influence it.”