Posted by EarthDude on Monday, 07 November 2011 in Oil Spill 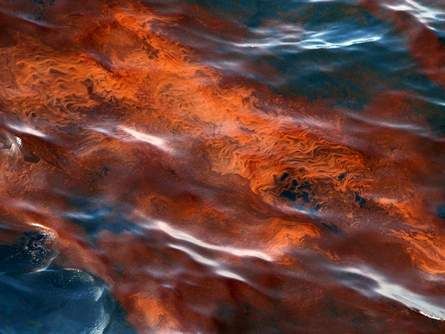 Evidence is mounting that the BP Deepwater Horizon oil disaster caused wide-ranging ecological damage in the northern Gulf of Mexico.

Since the blown oil well spewed 186 million to 227 million gallons of crude into the Gulf last year, several species of fish have developed skin ulcers in what appears to be greater-than-normal numbers. Hundreds of dolphins — nearly 500 so far — have washed ashore dead, and fewer large migratory animals, such as whales sharks, have returned to their normal feeding grounds.

Meanwhile, layers of dead organic matter mixed with traces of oil remain on the ocean floor. Weathered crude also persists in marshes — some of it still thick, some hardly detectable, but harmful to fish.

More than a year after the well was capped, thousands of scientists are still working to understand the spill's impacts and most hesitate to draw conclusions. But more than 100 of them met at a conference in St. Pete Beach recently to collaborate and share the progress of research that will take years to complete. Their work, along with federal research on the dolphin deaths, offers just a snapshot of the environmental problems unfolding.

Unprecendented in scope, the oil and the chemical dispersants used to break it down covered a vast ecosystem. Everything was affected: tiny plankton, unreachable corals and bizarre deepwater fish, as well as commercially important reef fish, giant sharks, and common marine mammals. 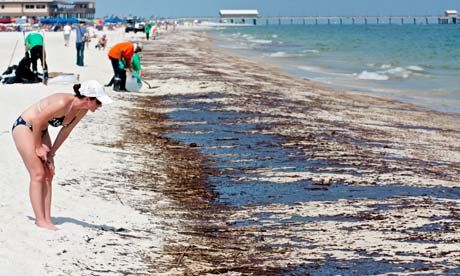 But as a few individual parts of the picture come into focus, the question remains of how much overall harm is directly related to the BP oil.

Far from pristine, the northern Gulf contains more than 3,000 active oil rigs and 26,000 miles of pipelines. It also receives huge slugs of nutrient pollution each year from the Mississippi River. 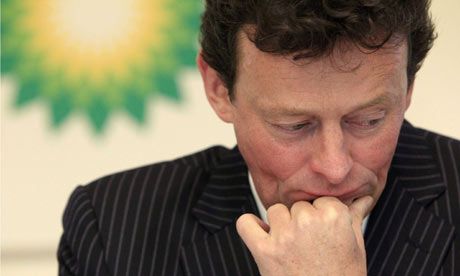 Separating the oil spill's impact from the other stress placed on the Gulf is scientists' greatest challenge. Aside from satisfying scientific curiosity, the experts' answers will also help determine how much BP pays to reverse the environmental damage caused by the Deepwater Horizon gusher. Arriving at that number could take more than four years and is likely to amount to billions of dollars. 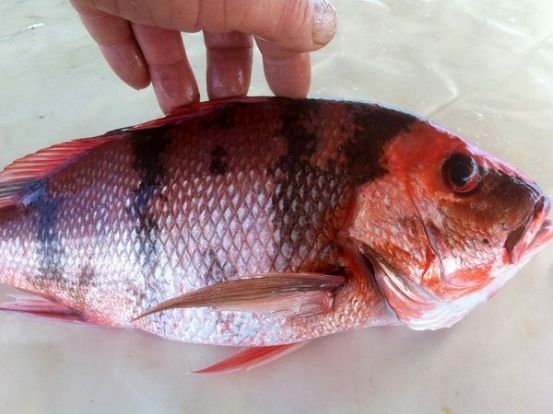 Early this year, fishermen in the northern Gulf started noticing skin lesions on red snapper, prompting a statewide investigation in partnership with private and academic institutions in Florida, Louisiana and Alabama.

Some fish disease is normal. The investigation's goal is to find whether the rate of disease is higher than normal, said Steve Murawski, Peter Betzer endowed chair at the University of South Florida College of Marine Science.

From Louisiana to Florida's Dry Tortugas, scientists have so far collected 3,900 fish of varying species, including snapper, grouper, hake and king snake eel. The results are preliminary, but about 100 of the collected fish were diseased.

"It's around 3 percent of the total, which doesn't sound like a lot, but is actually quite a bit higher than in other areas," Murawski said. "Our mission is to understand how it might be related to the oil spill."

The diseases, mostly skin lesions, are more prevalent in the northern Gulf, closer to the site of the oil spill, and in hake, a bottom-dwelling finfish.

Luckily for the scientists, fish are like living time capsules, storing a detailed history of their environmental exposure in stone-like organs called otoliths, used for hearing and balance. Otoliths grow with the fish and form rings similar to trees. They can be used to determine a fish's age and the condition of their environment through time, down to the molecular level.

By analyzing otoliths, scientists can see when and if diseased fish were exposed to oil or other contaminants.

"We call it the flight data recorder for fish," Murawski said.

During the winter before the oil accident, more than 100 dolphins were found dead in the northern Gulf, the beginning of what government scientists call an unusual mortality event. Nearly 500 have died since the spill, and still more are dying.

Scientists do not know what caused the deaths before the spill, but suspect that Brucella bacteria caused many of the more recent deaths. But that does not rule out oil exposure as an indirect cause.

Brucella is common in the environment, causing occasional isolated cases of illness, usually in marine mammals with weakened immune systems.

Brucella has never been tied to mass strandings of dolphins before, leading scientists to believe that either the bacteria grew stronger or the dolphins grew weaker.

Research underway will look at dolphin organs and tissues for oil exposure and weakened immunity.

"The working hypothesis would be that if the oil negatively impacted the dolphins' immune systems it could have impaired their ability to fend off bacteria present in the environment," said Stephanie Venn-Watson, a veterinary epidemiologist working with the National Oceanic and Atmospheric Administration on the dolphin research. 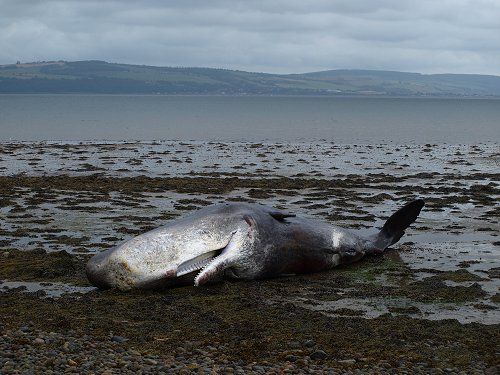 Of the planet's roughly 400,000 sperm whales, about 1,700 live in the Gulf of Mexico. Since the oil disaster, three have been found dead, according to NOAA scientists.

Sperm whales, some of largest mammals on Earth, were likely affected by the oil spill, but scientists have yet to document how.

The whales, which can dive 3,000 feet, are known to congregate in the Gulf's oceanic canyons, including one where the Deepwater Horizon was located.

Scientists suspect the whales changed their behavior in response to the oil, possibly because of impacts on squid, an important food source.

Bruce Mate, an Oregon State University biology professor, has been studying Gulf sperm whales since 2001 and has historic data on where the whales travel. He tagged 11 while oil was still spewing from the burst riser pipe and another 26 in July.

Once the tracking research is complete, Mate will compare the whale behavior documented in his past research to the behavior during and after the spill.

"If the animals change their range or their speed or the amount of time they spend in places they usually frequent for squids, it may suggest that there is a change in the abundance and distribution of squid," Mate said.

Squid are probably more sensitive to oil and dispersants than the whales, he said.

But even if dramatic changes are noted, it will be difficult to draw an immediate link to the spill. Unprecedented amounts of pollutant-laden fresh water cascaded from the Mississippi River this spring, following record floods in the Midwest. If there is a tie to the spill, it will take years of observation without such record flooding to make that tie clear.

"That's the kind of thing that makes it very difficult," Mate said. "There's just too many variables and the time that the tags have been in play have been too short." 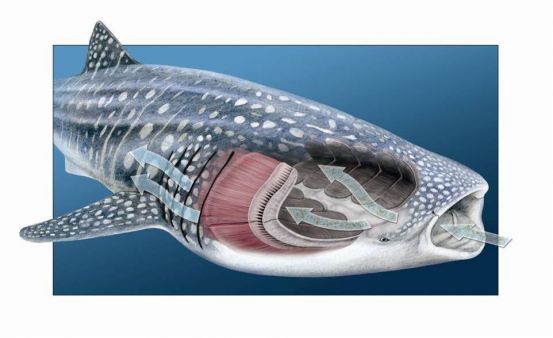 Docile whale sharks, named for their similarity to baleen whales as filter-feeders, rank as the world's largest fish, reaching lengths of up to 50 feet.

Since 2003, scientists and fishermen have recorded 500 sightings of whale sharks in the northern Gulf, where they congregate to feast on plankton. Up to 200 have been spotted at one time, said Eric Hoffmayer, a former research scientist at University of Southern Mississippi who recently joined NOAA.

In 2010, as the oil slick spread, more than 100 whale sharks were spotted off the coast of Louisiana, about 50 miles from the Deepwater Horizon. Five days later, three were sighted swimming through thick oil.

"That was one of the big things that got people concerned," Hoffmayer said.

This year, only a fraction of the whale sharks have returned. Hoffmayer's team was able to tag 12 and no large aggregations were reported. The largest group found together at one time this year was a dozen individuals.

"So far we've had about 75 sightings and we're probably at about 50 to 60 percent of what we thought we would be at," Hoffmayer said.

Whale sharks are susceptible to oil because they filter feed using baleen, which can get clogged. Their lower numbers this year cannot yet be tied to the oil.

As with the sperm whales, observations over time may rule out the Mississippi plume or other environmental disruptions.

"Whatever conclusion we come to it's going to be speculation at some point," Hoffmayer said.

He said the same goes for most other research related to the oil's impact on the ecosystem. "My interests here are whale sharks, but you could probably say this about a lot of species."