Posted by acox on Wednesday, 19 September 2012 in Agriculture 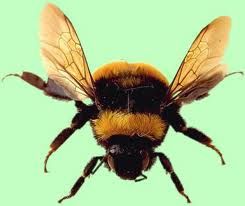 Bees are a vital part of the ecosystem. It has been falsely attributed to Albert Einstein that the great scientist and philosopher said that if the bee disappeared from the planet then man would have no more than four years to live. Einstein did not say this but the sentiment, if exaggerated, has some validity. As Colony Collapse Disorder threatens bee populations around the world new research is being done into a condition that can turn bees into zombies, or zombees.

Over one-third of our food supply relies upon bees for pollination. The bee is a major pollinator of many of our food crops including almonds, apples, avocados, blueberries, cherries, cranberries, cucumbers, sunflowers, watermelon and more. Dollar values have been attached to the work that bees do and those estimates come out at about 9.5 per cent of the total value of world agricultural food production. If bees were to disappear we might hope to find other pollinators to step into their ecological niche but those species are under pressure too. So if all of the more than 7,000 species of bees disappeared from the Earth, the ecological impacts would be immense. As the plants that rely on bees died off, species that relied on those plants would suffer, leading to the decline or death of species that rely on them, and so on. All parts of the ecosystem depend on each other and the loss of the bee would be a major problem.

It has been discovered that the agent turning some bees into zom-bees is a parasite originating from the Apocephalus borealis fly. Bees infected with the parasite behave in a zombie-like way, congregating near outside lights and then moving in erratic circles on the ground before dying. What we don’t know though is how these infected bees are behaving inside the hive, at what point they leave the hive, and whether the parasite could be contributing to colony collapse disorder.

To study this researchers are fitting infected bees with a set of tiny radio frequency trackers, each no bigger than a fleck of glitter. The bees leave and return to the hive through a small tube outfitted with dual laser readers that interact with the individual trackers. This allows a 24-hour record of bees going in and out of the hive to forage. Eventually the data collected might also shed light on how the bees behave inside the hive.

It is research like this that will help us in seeking to support this vital part of the ecosystem.