BP could reach settlement for Gulf oil spill this week 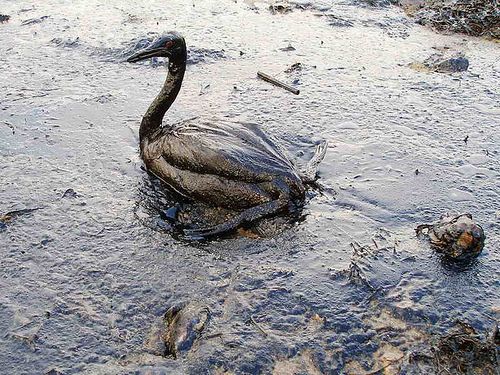 BP PLC, operator of the Macondo well that caused the United States’ worst oil spill, may reach a settlement for the disaster this week after a partner agreed on fines, an Oppenheimer & Co. analyst said.

Mitsui & Co.’s MOEX Offshore 2007 LLC will pay $90 million to the U.S. and five states to settle pollution violations related to the 2010 spill. While BP will probably have to accept different terms as the operator, the settlement suggests that BP would pay $585 million for violations, less than 20 percent of what the company has provisioned, said Fadel Gheit, an oil and gas analyst at Oppenheimer in New York. BP shares rose to the highest since March in London trading.

“This is only the civil part and does not include possible criminal charges and penalties,” Gheit said. “The trials will begin later this month and all parties are eager to settle before then. So there could be very important decisions this week.”

BP shares remain 26 percent below their level in London before the spill and the company has claimed about $40 billion in charges to cover the costs of litigation and cleanup. Chief Executive Bob Dudley said this month that the company would like to reach a settlement if the terms are right.

The MOEX settlement doesn’t affect claims against or potential recoveries from other companies over the spill, the U.S. Justice Department said Friday. MOEX, a unit of Tokyo-based Mitsui, no longer owns a share of the lease.

BP had a 65 percent interest in the Macondo well, MOEX had 10 percent and Anadarko Petroleum had a 25 percent stake. The settlement suggests that Anadarko will be liable for about $225 million in Clean Water Act fines if the terms are the same, Gheit said.

“We can’t really read across anything with certainty,” said Jason Kenney, an analyst at Banco Santander in Edinburgh, Scotland. “But this implies that a settlement is possible and perhaps more likely for others, too.”

The settlement is the first of what may be a series of agreements with the U.S. as lawsuits over the 2010 spill approach a trial set for Feb. 27. The Justice Department sued MOEX, BP, Anadarko and Transocean, which owned the rig that exploded, in December 2010, seeking fines for each barrel of oil discharged.

U.S. District Judge Carl Barbier in New Orleans, who’s overseeing much of the spill litigation, has scheduled a non-jury trial to determine liability and apportion fault for the disaster.

A U.S. motion to hold BP, Anadarko and Transocean liable by law for Clean Water Act violations is pending before Barbier. A ruling against the defendants would allow the United States to seek fines against each company of as much as $1,100 per barrel of oil spilled without having to prove the issue of liability at trial.

The Clean Water Act also allows the government to seek fines as high as $4,300 for each spilled barrel on a finding of gross negligence. The government estimates that 4.1 million barrels were spilled before the well was capped, putting BP at risk of fines reaching $17.6 billion.

Daren Beaudo, a BP spokesman in Houston, declined to comment on Friday.