Posted by GreenDog on Wednesday, 09 March 2022 in Earth Violators 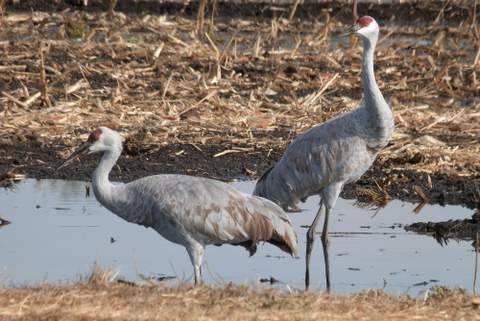 BILLINGS, MONT. » U.S. wildlife officials reversed their previous finding that a widely used and highly toxic pesticide could jeopardize dozens of plants and animals with extinction, after receiving pledges from chemical manufacturers that they will change product labels for malathion so that it’s used more carefully by gardeners, farmers and other consumers.

Federal rules for malathion are under review in response to long-standing complaints that the pesticide used on mosquitoes, grasshoppers and other insects also kills many rare plants and animals. A draft finding from the U.S. Fish and Wildlife Service last April said malathion could threaten 78 imperiled species with extinction and cause lesser harm to many more.

Wildlife officials reversed their position on the 78 species in a Feb. 28 biological opinion following talks between malathion manufacturers, officials from the wildlife service and the Environmental Protection Agency, according to documents reviewed by The Associated Press.

Wildlife service officials now say malathion could cause limited harm to hundreds of species, but is unlikely to jeopardize any of them with extinction as long as labels that dictate its use are changed. Their conclusion depends on farmers, gardeners and other consumers abiding by the instructions on where and when to use the pesticide.

Environmentalists who wanted more restrictions on malathion said the changes would do little to protect species that in some cases have dwindled to few individuals. They said the assumption that all malathion users will follow the guidelines is unrealistic, and objected to an 18month timeline for EPA to put them into effect.

“This is an enormous punt,” said Brett Hartl with the Center for Biological Diversity. “There’s not a single endangered species that will see anything change on the ground because of this biological opinion for at least 18 months, but probably never.”

The manufacturers agreed to use labels that provide extensive guidelines on when and where malathion should be used to avoid killing wildlife. For example, the labels would say not to spray malathion to kill mosquitoes during the middle of the day, when bees and some other insects are more active and thus more likely to be inadvertently killed.

Gary Frazer, the wildlife service’s assistant director for ecological services, said the measures would “significantly reduce many of the effects of malathion use.”

The manufacturers were largely represented by FMC Corp., a Philadelphia-based agricultural chemical company, according to the wildlife service. FMC spokesman Lars Weborg said the proposed labels and other updates to malathion guidelines “were developed using a standard procedure common to any industry.”

He said the company couldn’t speculate if less malathion would be used as a result.

The species that were found in jeopardy last year included birds such as the Mississippi sandhill crane and various fish, insects, snails and other animals and plants.

U.S. House Natural Resources Committee Chairman Raul Grijalva criticized the Biden administration for not taking stronger steps to protect endangered species from pesticides. The Arizona Democrat said “theoretical restrictions” on the use of malathion would not help.

“We must stop using malathion as soon as possible,” Grijalva said.

Malathion is considered highly toxic to insects, fish and crustaceans. International health officials have said the chemical is probably carcinogenic to humans.

The EPA said it would post online details that pesticide users should follow, such as no spray zones in areas of critical wildlife habitat. In many cases those are merely guidelines. That includes spraying for mosquito control “where feasible” to protect species including the Houston toad and the Miami tiger beetle, according to government documents.

The fish and wildlife service analysis marks the first nationwide review of an EPA-regulated pesticide that’s come up for reapproval, officials said. The EPA said in a statement that the measures would protect threatened and endangered species and also reduce pesticide exposure for other plants and animals The review of malathion’s impacts on wildlife came under a legal agreement with the Center for Biological Diversity. The environmental group first sued the EPA two decades ago, for failing to consult with other federal agencies about the risks of pesticides on wildlife and plants, and filed more lawsuits leading up to its 2013 settlement with the Fish and Wildlife Service.