Posted by GreenDog on Thursday, 28 April 2022 in Green Products/Services 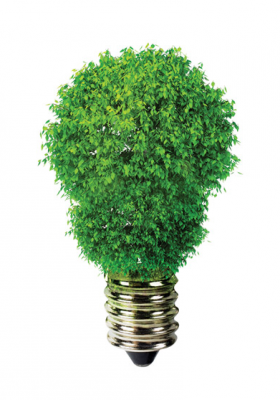 The plastic rings ubiquitous with six-packs of beer and soda are gradually becoming a thing of the past as more companies switch to greener packaging.

The changes are taking different forms — from cardboard to six-pack rings made with leftover barley straw. While the transitions can be a step toward sustainability, some experts say that simply switching to different packaging material could be the wrong solution or not enough, and that more plastic needs to be recycled and remade.

In March, Coors Light said it would stop using plastic six-pack rings in the packaging of its North American brands, replacing them with cardboard wrap carriers by the end of 2025 and eliminating 1.7 million pounds of plastic waste every year.

The initiative, which the company said would be supported by an $85 million investment, is the latest by a major brand to replace the six-ring plastic loops that have become a symbol of harm to the environment.

Since the 1980s, environmentalists have warned that discarded plastic is building up in landfills, sewers and rivers, and flowing into oceans. One 2017 study found that plastic polluted all major ocean basins, and that an estimated 4 million to 12 million metric tons of plastic waste entered marine environments in 2010 alone.

Plastic rings have been known to entangle sea animals, sometimes staying stuck on them as they grow, and are more often ingested by animals. While cutting up the plastic rings became a popular way to prevent the creatures from getting ensnared, it also posed issues for companies trying to recycle, said Patrick Krieger, vice president of sustainability for the Plastics Industry Association.

“When you were a kid, they taught you before you disposed of a six-pack ring that you were supposed to cut it into small pieces so that if something terrible happened that it didn’t catch a duck or turtle in it,” Krieger said.

“But it actually makes it small enough that it’s really hard to sort out,” he said.

The material has been challenged by activists for the harm it can pose to wildlife and concerns about pollution. In 1994, the U.S. government mandated that plastic six-pack rings must be degradable. But plastic continued to grow as an environmental problem. With more than 8 billion metric tons of plastic produced since the 1950s, 79% has piled up in landfills, according to the 2017 study.

In its announcement, Coors Light said it would pivot to using material that is 100% sustainable, meaning it is plastic-free, fully recyclable and reusable.

Coca-Cola produced 900 prototype bottles made almost entirely of plant-based plastic, excluding the cap and the label, and PepsiCo has committed to making Pepsi bottles with 100% recycled plastic in nine European markets by the end of the year. By starting in select markets, companies can “take a local approach to identifying solutions that can be scalable,” said Ezgi Barcenas, chief sustainability officer of AB InBev.

Elizabeth Sturcken, a managing director for the Environmental Defense Fund, said that Coors Light’s announcement and others that address the overuse of plastic is a “big step in the right direction,” but that companies must change their business models to tackle other environmental issues like emissions.

“When it comes to addressing the climate crisis, the hard reality is that changes like this are not enough,” Sturcken said. “Tackling the micro without addressing the macro is no longer acceptable.”