Posted by GreenDog on Wednesday, 28 September 2022 in Climate Change 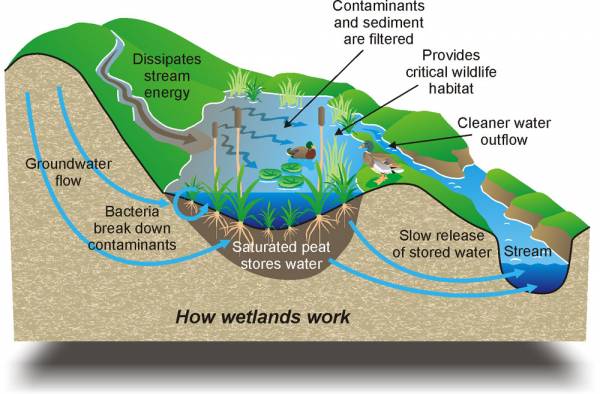 AMALIA, N.M. » Biologist Bryan Bakevich unscrewed the top of a plastic bucket and removed a Rio Grande cutthroat trout that squirmed from his grasp and plopped onto the grassy bank of Middle Ponil Creek.

“He wants to go home,” Bakevich said, easing the fish into the chilly, narrow stream — the final stop on a three-month, 750-mile odyssey for this cutthroat and 107 others plucked in June from another stream in mountainous northern New Mexico.

The state’s largest wildfire on record had roared perilously close to their previous home, torching trees and undergrowth on nearby slopes. Summer monsoon season was approaching, and heavy rains could sweep ashy muck into the creek, clogging fish gills and smothering gravel bottoms where they feed and spawn. State and federal crews rushed to the rescue, using electrofishing gear to stun and net as many cutthroat as possible. They were trucked south to Las Cruces and kept in tanks at New Mexico State University until Middle Ponil Creek was readied to host them.

“With every fire, more of their populations are being affected,” said Jill Wick, native fish program manager for the New Mexico Department of Game and Fish. “Their habitat is often gone, washed out of the creek. There’s no place they can hide and cool off. Their food is decimated as well.”

The danger is rising elsewhere. Tens of thousands of salmon, trout and other fish perished in August when a flash flood swept through a burn area in Northern

California, sending a sludge plume into the Klamath River.

Trout numbers fell up to 80% in sections of Colorado’s Cache la Poudre River after floods and mudslides in summer 2021, a survey found. The Cameron Peak fire — the biggest wildfire in state history — had burned 326 square miles in that area the previous year.

Fire isn’t always bad for fish. Many species evolved to benefit from the “patchiness and diversity” wildfire brings to landscapes and waterways, said Dan Isaak, a U.S. Forest Service fisheries scientist in Idaho.

The one-two punch of fire and torrential rains is less common in northern regions. Ash tends to stay put through winter snows and seep into the ground or trickle into streams during spring thaws. It delivers nutrients for algae eaten by insects that become fish food. Burned trees topple into streams, creating pools and riffles for feeding and spawning.

But farther south, everlarger fires incinerate so much foliage holding soil in place that heavy debris flows cause oversized algae blooms that can suffocate fish.

Their health also depends on surrounding features such as slope steepness, plant life and soil types, said Christopher Clare, a habitat protection biologist with the Oregon Department of Fish and Wildlife. And, Clare said, climate change is heating streams, a problem worsened when fire robs banks of shade trees.

While both species are imperiled, results suggest the trout are worse off because they occupy isolated, cold headwaters. Fire intensity there is higher than in lower portions of river systems preferred by Chinook for easier access to the Pacific, Flitcroft said.

Man-made changes to waterways and landscapes make it harder for fish to survive during and after fires, she said. Water diversions have shrunk habitat. Low levels caused by drought, plus culverts, roads and dams, prevent fish from fleeing to cooler spots.

Named after the reddish slashes beneath its lower jaw, the colorful cutthroat occupies about 12% of its historical range in New Mexico and Colorado, according to a 2019 study that predicted continued decline.

New Mexico had 92 Rio Grande cutthroat populations at the beginning of this year.

The U.S. Fish and Wildlife Service in 2014 rejected a petition to place the cutthroat on the federal endangered list but was overruled by a federal judge and is reconsidering. The nonprofit Center for Biological Diversity had sued for the designation, saying the trout was “barely hanging on.”

But a listing could bring land-use restrictions that many would find unpopular, said Toner Mitchell, New Mexico water and habitat coordinator for Trout Unlimited.

“There’s a risk of demonizing or villainizing the Rio Grande cutthroat,” Mitchell said. “That could result in anything from vandalism to outright efforts to exterminate the fish, when by and large, longtime residents prize them.”

Teams have rescued cutthroat and gila trout from New Mexico streams more than two dozen times since the late 1980s.

“Before these mega-fires, it might be one or two populations in trouble at one time,” Wick said. “Now, it’s two or three times as many.”

Nine cutthroat streams were within this summer’s Calf Canyon-Hermits Creek blaze, which began as two fires set to clear undergrowth but blew out of control, consuming more than 530 square miles.

Ash wiped out at least one stream’s cutthroats. Trout were salvaged from three others. Among them was Rito Morphy, a twisting, tree-lined creek in the Sangre de Cristo mountain range.

Not all of 190 fish from there survived the stress of two road trips and a monthslong stay in university tanks. But the effort kept most alive until a new habitat could be prepared in Middle Ponil Creek, about 58 miles from Rito Morphy.

That required poisoning rainbow trout in the stream section where the fish would be placed. “We want to make sure the cutthroat stay genetically pure,” said U.S. Forest Service biologist Alyssa Radcliff.

On a recent sunny, windswept afternoon, a pickup truck stopped alongside a dirt road in Carson National Forest. Workers scooped cutthroats 4 to 8 inches long from a cooler into several 5gallon buckets, strapped them onto backpacks and lugged them through a meadow to the brush-lined, boulder-strewn creek.

When the buckets were tilted into the stream, the liberated fish darted about in the clear water and swished tails in the sandy bottom. Their new digs extended from the creek’s headwaters to a wire-androck barrier 8 miles downstream to keep out rainbow trout.

It was a quick ending for a mission that lasted all summer, said Bakevich, the state’s native fish supervisor. “After doing all the hard work and coming here,” he said, “this is the best part.”