Posted by ep-admin on Friday, 04 November 2011 in Beauty and Fashion

Deciphering Organic in Cosmetic and Skin Care Products, Part I

By: Leslie Lyon and Marilyn Patterson
Posted: January 29, 2010, from the February 2010 issue of Skin Inc. Magazine. 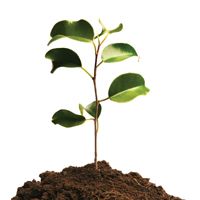 People desire a healthy environment rather than one that they need to be protected from, and because of this, there is a belief that beauty products featuring the words “natural” or “organic” are the best choices. Because of this, companies use these words as powerful, persuasive marketing tools to help sell their products. Until now, this marketing has been effective due to the lack of guidelines and enforcements—but things are changing.

The governments of the United States and Canada have defined the term organic as plant material that has been grown and harvested according to strict agricultural standards. Organic featured on a cosmetic or skin care label implies that a certain level of organic plant content is present in that product. However, the word natural has no strict regulatory definition, so it is widely used in a variety of industries, misleading consumers and making them think the products are safer than those without the natural reference. As the public becomes more attuned to the facts, a tremendous amount of pressure is placed on ingredient manufacturers and skin care formulators, because the more clearly defined organic status is very difficult—and expensive—to achieve.
Clearing up confusion

The big question is: Do spa professionals truly get what they want and expect when they purchase a skin care line that has been marketed as natural or organic?

Lyon: Many manufacturers make claims that their products are green, natural or organic, but who looks out for the spa professionals as they attempt to make safe choices?

Patterson: In Canada and the United States, the cosmetic industry is self-regulating, with guidelines provided by the governments. If a product has complaints against it, the Federal Trade Commission (FTC) in the United States and Health Canada in Canada will intervene, look into the complaints and only then will an unsafe product be removed from the market. Although manufacturers do test their products for safety before putting them on the market, cosmetics and skin care products are under the category of buyer beware. Like food, consumers must learn what is good for them and make their own choices.

Out of the three words—organic, green and natural—organic is the only one that is government regulated. There are many cosmetic and skin care lines with the word in product or company names, which can be misleading to consumers. A lawsuit by a leading organic soap company has been filed against many companies that are currently using the word organic as a marketing strategy. But the lawsuit has been taken one step further to try and eliminate any competition by also suing two certifying bodies: Organic and Sustainable Industry Standards (OASIS) and ECOCERT. These two organizations do not agree with the United States Department of Agriculture’s (USDA) strict definition for organic when it is applied to cosmetics and skin care products. There currently is not a USDA regulation for cosmetics, only for food. The cosmetics industry has been guided by the food definition for awhile, which is why OASIS set out to develop guidelines specifically for cosmetics. There are differences between how foods, and cosmetics and skin care products are processed, which is why OASIS and ECOCERT disagree with the USDA.

Lyon: How do you define green?

Patterson: There is no global definition for green as it pertains to cosmetics and skin care product regulation, although it is often assumed that a green product adheres a variety of eco-friendly philosophies. The Canadian government started a certification body in 1988 called EcoLogo to define green, although it has become a much broader concept in the minds of spa professionals and their clients.


Lyon: What is greenwashing?

Patterson: Using green words, such as organic, natural, vitamins or botanicals, when they are present in concentrations too low to have any effect is a form of greenwashing. Another form is when the green ingredients are used with other questionable ingredients.

In regard to ingredients, if the Cosmetic Ingredient Review (CIR), a U.S.-based organization that reviews and assesses the safety of cosmetic ingredients, has found a material to be safe at the levels used in cosmetics, the U.S. Food and Drug Administration (FDA) and Personal Care Products Council (PCPC) consider them safe at the levels used. You can review specific ingredients and their CIR findings at www.cir-safety.org/findings.shtml.

Lyon: What is the purpose of organic ingredient lists?

Patterson: Each organic- and natural-certifying organization has its own list of allowed and banned ingredients. They can be difficult to access, but you can find out more about cosmetic ingredients from the certification organizations. It is a tedious process to go through the ingredient listings on a product label and compare them to those on the positive and negative lists, but this is the only way to ensure that the products you are interested in are truly natural, if they do not feature a reputable certification logo. The other option would be to hire a consultant to help you through this process.

Lyon: Can an ingredient be referred to by more than one name? This can often confuse the consumer.

Patterson: There is only one International Nomenclature Cosmetic Ingredient (INCI) name assigned by the PCPC for a cosmetic ingredient that can be used on a product label, but not all companies follow the labeling regulations. In the United States, the regulation control is lax compared to Europe, where companies that mislabel cosmetics are frequently fined by enforcement organizations operated on a country-to-country basis. Some companies put the source of the ingredient in brackets after the INCI name, and this can be misleading and often is inaccurate. An example would be “sodium laureth sulfosuccinate (coconut).” This is also improper INCI labeling, for it to be proper, the information in the parentheses would have to be removed.

Lyon: Are there laws regarding product label claims?

Patterson: The FDA, FTC and Health Canada do have strict labeling requirements concerning claims, ingredient labeling, letter size and more, but the policing of these is minimal.

Lyon: What’s all the fuss about parabens? What are they and why are they so taboo?
Patterson: Parabens are a group of molecules that act as preservatives in cosmetic and skin care products. They have been grouped together by the media, but each type of paraben has different properties regarding solubility and shape/binding properties. Some forms can exist in nature; for example, blueberries contain natural parabens. Parabens hit the news when a study was released that found parabens in breast tumor tissue. The extrapolation was made that the parabens must have migrated into breast tissue from underarm deodorant or antiperspirants, and that they had a causal effect on the tumor formation. The study was small and not definitive, so there has been much controversy about it. Some parabens are very weakly binding to estrogen-binding sites in tissue. The worry is that they will exert an effect on breast tumor cells or any other estrogen-sensitive tissue to increase tumor growth. It could be that in the future, there may or may not be a scientific basis for this health scare. The data is not clear at the present time.

Much of the marketing of natural products is based on what they do not contain, although this practice is often frowned upon since it gives the impression that the materials are bad, stirring up hype and often giving a negative impression about safe materials. “Paraben-free” is one example. People have recognized that preservatives, fragrance and color ingredients have the highest potential for allergenicity, so marketing professionals target these types of ingredients, as well.

Lyon: What is biodynamic farming, and what is the difference between it and organic farming?

Patterson: Organic farming is concerned with the chemicals that are used to help grow crops, prepare fields and control pests. Only natural and environmentally safe chemicals can be used, and composted material plays a large factor in the preparation of the field. Biodynamic agriculture considers the farm to be a self-contained entity. There is a strong correlation between the crops, livestock, careful maintenance of the soil and recycling of nutrients in order to maintain an ongoing, pristine quality compost and astronomical sowing and planting calendar based on the phases of the moon.

Lyon: How do you decide if an ingredient can be used in a natural or organic skin care product?
Patterson: The guidelines for accreditation of ingredients for natural and organic cosmetic products or skin care lines are similar for all certifying bodies, with some variation on the percentage of organic content and allowed preservatives. To be used in a natural or organic cosmetic or skin care product, an ingredient often must comply with the following.

Renewable. Most plant material is renewable. Plants grown organically are preferred for environmental and safety reasons. Minerals may also be acceptable if they do not contain harmful contaminants, such as heavy metals. Petroleum, although natural, is usually changed in form when it is used in manufacturing, and it is not renewable. Animal products are allowed if no harm is done to the animal. There are some exceptions, such as carmine, red colorant that is derived from crushed insects, and chitin/chitosan that is derived from shrimp shells. It is important to note that in the European Union (EU), ingredients tested on animals are not allowed.

Safety. Safety testing is currently done on animals in some cases, but there is a huge effort in research and development to replace animal testing with alternatives. The safety testing of some materials is currently performed on animals when an alternative hasn’t been validated to find out how that material impacts an organism systemically. In many cases, these animal tests are required by the FDA because you can’t test on humans. A botanical oil or extract often has a long history of use, so it is deemed safe. If there is a chance of harmful impurities being present in an ingredient, than the ingredient is not allowed.

Synthetics. Synthetics are not allowed because most use petroleum-based starting molecules.

Processing. Many of the guidelines deal with harmful impurities that could be present during processing. A botanical oil that has been extracted with a petroleum solvent, such as hexane, is not allowed because some hexane could remain in the oil, while the same botanical oil that is cold-pressed is allowed. An example would be extra virgin olive oil, which is always cold-pressed, as opposed to a cheaper grade of olive oil that would probably have been solvent extracted. Many ingredients that start out with plant material are still not allowed because the process that they undergo creates toxic or carcinogenic side products, or the ingredient that it is reacted with is toxic or carcinogenic and will remain as a contaminant in the ingredient. North American governments do regulate the amount of toxic or carcinogenic impurities that are allowed to remain in an ingredient.