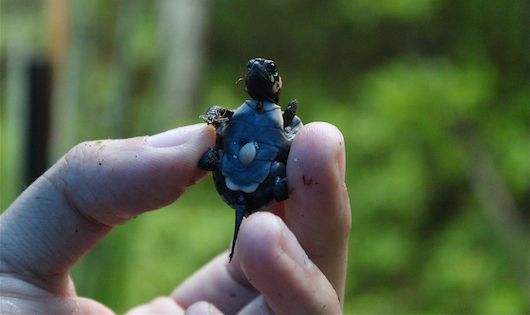 Wildlife researchers are worried an internationally significant wetland near Hobart is being threatened by development.

In Tasmania there are 10 Ramsar sites, but scientists are worried they are under threat.

Unlike its mainland counterparts, the Tasmanian Government does not have a coastal policy to protect wetlands from things like predicted sea level rise.

The Pitt Water Orielton Lagoon, which lies between Hobart's international airport and land earmarked for major development, is one the areas which is internationally recognised.

It is home to rare birds and oyster farms and there are plans for a golf course and a $100 million shopping precinct.

Researchers fear the development boom will not give the wetlands room to retreat inland when sea levels rise.

Vishnu Prahalad is a researcher at the University of Tasmania.

"With predicted sea level rise, the wetlands are going to have to move inland."

"In the last 40 years we've documented that 50 per cent of the area has had some impact because of human development, because of coastal sea level rise and of climate change.

"So if we don't act now in terms of planning and providing a space for these wetlands into the future, then we're going to see a dramatic loss in these wetlands."

The area is also a temporary home to the threatened Eastern Curlew that migrates annually from Siberia.

Dr Eric Woehler from Birds Tasmania is critical of the Tasmanian Government for ignoring sea level rise in the state's coastal policy.

"That hinders any future planning."

"If you don't know what the Government or what the local councils have to deal with in terms of sea level rise, it makes it very difficult for developers, for the community to have a sense of what's expected or how to prepare."

"What we need to be looking at is providing suitable habitat for the birds to nest as the sea level rises and as the beach tries to retreat. That the beaches are allowed to migrate, if you like, inland as sea level rises."

The Government says it is working on delivering a new coastal plan, but does not have a time frame.

That has angered the Clarence Council which borders the lagoon.

The mayor Doug Chipman says Clarence was one of the first councils in the country to factor sea level rise into its planning process.

"But should also look after, from an environmental point of view, the local environment, the sensitive areas where there may be sand dunes, sensitive fauna."

The shore level at the lagoon is expected to rise by eight centimetres over the next century.

Experts say that means habitat will come into contact with development sooner rather than later, because it is a relatively flat area.

An initial push to modernise Tasmania's coastal policy was rejected by the Planning Commission in May last year after seven years of research.