Posted by GreenDog on Thursday, 10 November 2022 in Wildlife Conservation 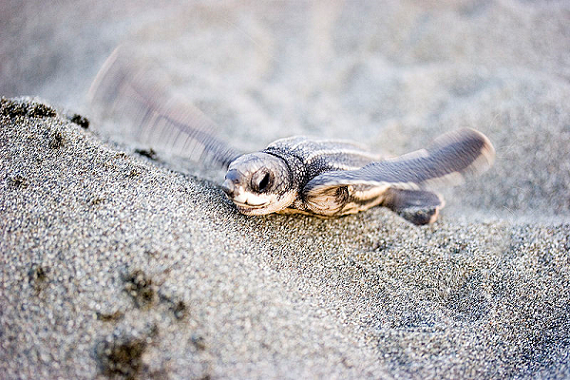 These eastern musk turtles, known for spending much of their lives in swamps and ponds and emitting a foul smell when threatened, were confiscated recently in a wildlife bust. And, though the reptiles are common, their illegal sale on the internet greatly concerns Perrotti, who directs conservation programs at Roger Williams Park Zoo in Providence.

“We are seeing an uptick in turtle poaching,” he said. “It’s getting ruthless where we are seeing thousands of turtles leaving the United States on an annual basis. ... Turtle populations cannot take that kind of a hit with that much removal coming out of the wild.”

Such concerns have prompted a dozen proposals to increase protection for freshwater turtles at the 184-nation Convention on International Trade in Endangered Species of Wild Fauna and Flora (CITES) meeting in Panama Nov. 14 through Nov. 25.

Precise figures on the turtle trade, especially illegal trade, can be hard to find. Based on U.S. Fish and Wildlife Service data, Tara Easter, a University of Michigan doctoral candidate who studies the trade, estimated the commercial export trade for mud turtles in the United States increased from 1,844 in 1999 to nearly 40,000 in 2017 and musk turtles from 8,254 in 1999 to more than 281,000 in 2016.

Among the world’s most trafficked animals, freshwater turtles are targeted by criminal networks that transport the reptiles to black markets in Asian cities. From there, they are sold as pets, to collectors and for commercial breeding, food and traditional medicine. The lucrative business — some turtle species an fetch thousand of dollars in Asia — adds to threats turtles already face. Those include climate change, habitat destruction, road mortality and predators eating their eggs. — Michael Casey, The Associated Press

Lou Perrotti, the director of conservation programs at Roger Williams Park Zoo in Providence, R.I., holds a musk turtle in quarantine after it was confiscated in a wildlife bust on Tuesday.