Posted by GreenDog on Monday, 19 December 2022 in Wildlife Conservation
Featured

Nations promise to protect 30 percent of planet to stem extinction 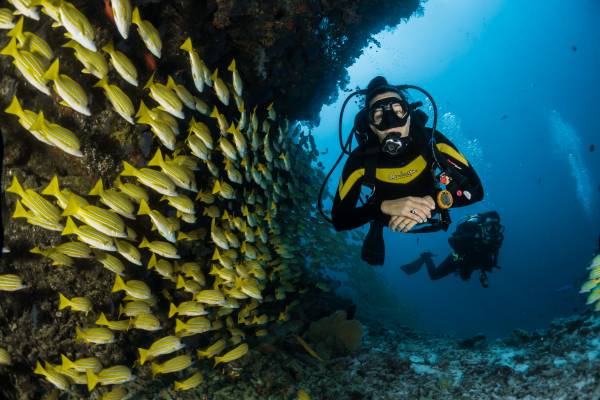 MONTREAL — Close to 200 countries reached a watershed agreement early Monday to stem the loss of nature worldwide, pledging to protect nearly a third of Earth’s land and oceans as a refuge for the planet’s remaining wild plants and animals by the end of the decade.

A room of bleary-eyed delegates erupted in applause in the wee hours after agreeing to the landmark framework at the U.N. biodiversity summit, called COP15.

The hope is to turn the tide on an ongoing extinction crisis. About a million species are at risk of disappearing forever, a mass extinction event scientists say is on par with the devastation wrought by the asteroid that wiped out most dinosaurs.

Today’s loss of biodiversity is being driven not by a space rock but by one species: humans. The loss of habitat, exploitation of species, climate change, pollution and destruction from invasive species moved by people between continents are all driving a decline in the variety of plants and animals.

Nations now have the next eight years to hit their targets for protecting life. With few legal mechanisms for enforcement, they will have to trust each other to protect habitats and funnel hundreds of billions of dollars over conservation.

“This is an incredible milestone for the world when it comes to conservation,” said Brian O’Donnell, the director of the conservation group Campaign for Nature. “We have been on a rapid path of destruction of nature for hundreds of years, and this can mark a turning point.”

As much of the rest of the world watched the World Cup and prepared for the holidays, delegates worked well past midnight over the weekend to hash out a deal, trudging through snowy streets to gather at the Montreal Convention Centre. They sought a major agreement akin to the Paris climate deal in 2015, when nations agreed to try to limit Earth’s warming to 1.5 degrees Celsius (2.7 Fahrenheit).

“I feel quite exhausted because this meeting has gone on and on like a marathon,” said Huang Runqiu, the COP15 president and minister of ecology and environment for China, which co-hosted the talks with Canada.

The 10-year deal sets nearly two dozen targets. The banner commitment calls on nations to collectively conserve for wildlife at least 30 percent of land, inland waterways, and coastal and ocean areas by 2030 — the promise dubbed “30 by 30.”

“It’s a global goal. Every country commits what they are capable of committing,” said Masha Kalinina, a senior officer focused on biodiversity at the Pew Charitable Trusts. “Some will do more, some will do less.”

The world has a long way to go to achieving that goal. Right now, only about a sixth of the continents and a 12th of the oceans have some form of protection, according to the U.N.’s World Conservation Monitoring Centre.

The agreement also calls for cutting by half nutrient runoff from farms, as well as the rate at which invasive species are introduced to ecosystems.

Nations also committed to reducing the risk of pesticides by 50 percent. Insect populations are seeing drastic declines in some parts of the globe as part of a potential and debated bugpocalypse.

It remains to be seen how seriously world leaders take these commitments over the coming decade. In the past, countries have fallen short of goals set in similar deals.

These whales are on the brink. Now comes climate change -- and wind power

Nations whiffed on fully meeting any of the 20 biodiversity targets set after a 2010 meeting in Aichi, Japan, the last time they set major conservation targets. No head of state other than Canadian Prime Minister Justin Trudeau attended the meeting in Montreal in person. Chinese leader Xi Jinping opened the high-level negotiations remotely.

The talks in Montreal, which drew around 12,000 participants, were set to end Monday. As disagreements mounted, some attendees decided to reschedule flights. But in the end, delegates were able to come to a “30 by 30” deal on time.

A key point of tension between rich and poor countries was money. By one estimate, a staggering $598 billion to $824 billion is needed annually to reverse the loss of species worldwide.

Countries in South America and Africa — home to rainforests and other ecosystems that harbor the richest diversity of life on Earth — wanted reassurances from wealthier nations that money will flow from individual donors and foreign governments to help them protect landscapes and police against illegal poachers and loggers.

“It’s sort of a chicken and an egg,” said Andrew Deutz, a director at the Nature Conservancy. “More money, then you can take on more commitments. Show us that there’s more commitments, then we’ll give you more money.”

Ève Bazaiba, environment minister for the Democratic Republic of Congo, said over the weekend her country is committed to the “30 by 30” goal. But she added her government needs financial help to protect the swaths of the Congo Basin, which has the world’s second-largest expanse of tropical forest.

“When it comes to fauna, we need to have the means to achieve this objective,” she said.

At one point last week, delegates from many developing countries briefly walked out on talks over the issue of funding. And on Monday, the Democratic Republic of Congo lodged an early-morning objection to a lack of adequate funding in the framework.

Despite the objection, China finalized the decision with a banging of a gavel, leading to a tense moment as some African nations took turns voicing their reservations with the finished deal. A representative from Cameroon called the move “a force of hand.”

In the end, the agreement put wealthier countries on the hook for sending $30 billion annually to small island nations and other developing countries by the end of the decade, a figure short of what poorer nations had initially called for.

In total, the deal calls for mobilizing $200 billion a year for conservation work from all sources, with much of the money coming in the form of funds governments spend within their own borders.

The American delegation played a role in negotiations, even though the United States is not officially party to the Convention on Biological Diversity, the treaty underpinning the talks in Montreal.

Bill Clinton signed the pact in the 1990s, but it never won ratification with a two-thirds majority in the Senate. The only other country that is not a member of the treaty is the Holy See.

But Monica Medina, the U.S. special envoy for biodiversity, went to Montreal to emphasize that the Biden administration made its own “30 by 30” conservation commitment, dubbing the plan “America the Beautiful.”

“I hope that we will have a time in the future when the Senate would ratify it,” Medina said. “But we’re contributing no matter what.”

The deal was a long time in the making. The final proceedings, originally scheduled for 2020 in the Chinese city of Kunming, were postponed and moved to Montreal due to the coronavirus pandemic.

One of the goals of the summit, which required negotiators take daily coronavirus tests, is to reduce the viral spillover from live animal markets, one theory as to how the pathogen behind covid-19 started its worldwide spread.

“This meeting was delayed by two years due to a global pandemic,” said Alfred DeGemmis, associate director of international policy for the Wildlife Conservation Society. “Governments are finally taking much needed steps to prevent the next covid-19.”