Posted by Angel on Thursday, 03 November 2011 in Human Health

I Am the Population Problem 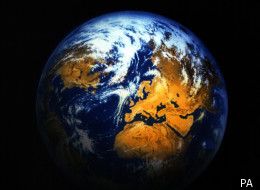 Population growth tends to get blamed on other people: Africans and Asians who have "more kids than they can feed," immigrants in our own country with their "large families," even single mothers in the "inner city."

But actually the population problem is all about me: white, middle-class, American me. Steer the blame right over here.

Population isn't just about counting heads. The impact of humanity on the environment is not determined solely by how many of us are around, but by how much stuff we use and how much room we take up. And as a financially comfortable American, I use a lot of stuff and take up a lot of room.

When a poor woman in Uganda has another child -- too often because she lacks access to family-planning services, economic opportunity, or self-determination -- she might dampen her family's prospects for climbing out of poverty or add to her community's challenges in providing everyone with clean water and safe food, but she certainly isn't placing a big burden on the global environment.

When someone like me has a child, watch out, world! Gear, gadgets, gewgaws, bigger house, bigger car, oil from the Middle Eeast, coal from Colombia, coltan from the Congo, rare earths from China, pesticide-laden cotton from Egypt, genetically modified soy from Brazil. And then, when that child has children, wash, rinse, and repeat (in hot water, of course). Without even trying, we Americans slurp up resources from every corner of the globe and then spit 99 percent of them back out again as pollution.

Conscientious people try to limit that consumption, of course. I'm one of them. I get around largely by bus and on foot, eat low on the food chain, buy used rather than new, keep the heat low, rein in my gadget lust. But even putting aside my remaining carbon sins (see: flying), the fact is that just by virtue of living in America, enjoying some small portion of its massive material infrastructure, my carbon footprint is at unsustainable levels.

Far and away the biggest contribution I can make to a cleaner environment is to not bring any mini-mes into the world. A 2009 study by statisticians at Oregon State University found that the climate impact of having one fewer child in America is almost 20 times greater than the impact of adopting a series of eco-friendly practices for your entire lifetime, things like driving a high-mileage car, recycling, and using efficient appliances and CFLs.

And so, for environmental as well as personal reasons, I've decided not to have children. I call myself a GINK: green inclinations, no kids.

Most people won't make the same decision, of course, and I don't fault them for that. Everyone has different circumstances and values, and environmental issues are not the only ones worth considering. I believe in choice, and that means supporting choices different from mine.

But it needs to become easier for people to make the same decision I have, if they are so inclined.

Here in the U.S., the Pill has been available for more than 50 years. It's now almost universally accepted that women will use birth control to delay, space out, or limit childbearing. But there's not so much acceptance for using birth control to completely skip childbearing. At some point, you're expected to grow up, pair up, put the Pill off to the side, and produce a couple of kids. Deviate from this scenario and you'll get weird looks and face awkward conversations with family members, friends, coworkers, and complete strangers.

One 30-something woman I know who works for a reproductive-health NGO says that her colleagues pester her about her decision not to have children, telling her she needs to get started on that family or she'll regret it. And these are people whose careers are dedicated to making birth control and reproductive health care available to all women! Pro-natal bias runs deep.

Many women in the U.S. have found that it's difficult, if not impossible, to find a doctor who will perform a tubal ligation if the woman has not already had children (and sometimes even if she has). Doctors warn that sterilization is an irreversible, life-altering decision. But having a child is an irreversible, life-altering decision, and you don't find doctors warning women away from that. The broadly held prejudice, in the medical profession and much of the rest of society, is that becoming a parent is the right and inevitable choice.

Over recent years and decades, it's become more acceptable for mixed-race couples to have children, and single women, and gay couples, and women over the age of 40, and that's all good. Acceptance has been slower to come for the decision not to have children. There's now a fledgling childfree movement, but some who are part of it say they still feel like they're violating a taboo.

Finally, it will mean fewer Americans making a mess of the planet, and a little more breathing room for those of us who are already here or on the way.

I recognize that I am the population problem. I'm trying to be part of the solution. Let's make it easier for others to join me.