Posted by bchristo on Sunday, 21 August 2011 in Oil Spill

One year after the notorious BP Deepwater Horizon oil spill in the Gulf of Mexico and two decades after the Exxon Valdez spill in Prince William Sound off the coast of Alaska the scientific lesson is clear – microbes matter! Despite vast differences in the impacted marine ecosystems and the circumstances of these two worst oil spills in U.S. history, oil-degrading microorganisms played a significant role in reducing the overall environmental impact of both spills. 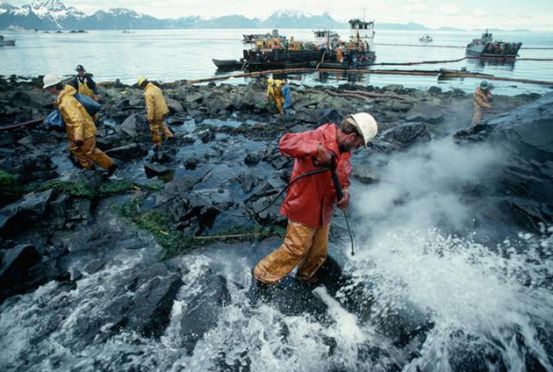 “Responders to future oil spills would do well to mobilize as rapidly as possible to determine both natural and enhanced microbial degradation and what the best possible approach will be to minimize the risk and impact of the spill on the environment,” says Terry Hazen, microbial ecologist with the Lawrence Berkeley National Laboratory (Berkeley Lab).

“The fate of all oil spills will depend upon a unique set of circumstances that will govern risk and impacts, including the volume of oil spilled, the chemical nature of the oil, and the ecosystems with their specific environmental conditions impacted by the spilled oil,” he says. “However, the one common denominator is the cosmopolitan nature of oil-degrading microbes.”

Hazen, who leads the Ecology Department and Center for Environmental Biotechnology at Berkeley Lab’s Earth Sciences Division and has studied microbial activity at both spill sites, is the co-author with Ron Atlas, a University of Louisville biology professor, of a paper featured on the cover of this month’s issue of the journal  Environmental Science & Technology. The paper is titled “Oil biodegradation and bioremediation: A tale of the two worst spills in U. S. history.”

Petroleum hydrocarbons in crude oils, such as those released into marine ecosystems by the Exxon Valdez and BP Deepwater Horizon spills, are natural products derived from aquatic algae laid down between 180 and 85 million years ago, the authors note. Because these hydrocarbons regularly seep into the environment from underground reservoirs, especially in marine environments, a large and diverse number of microorganisms, including bacteria, archaea and fungi, have evolved the ability to utilize these petroleum hydrocarbons as sources of food and energy for growth. While these oil-degrading microorganisms are ubiquitous, they may only represent a small proportion of a pre-spill microbial community in any given ecosystem. In both the Exxon Valdez and the BP Deepwater Horizon spills, the sudden and dramatic surge in the presence of crude oil sparked a sudden and dramatic surge in the presence of oil-degrading microorganisms that began to feed on the spilled oil.

Although it has been popular in the media to link both spills because of their size and notoriety, the differences between the two were stark. On March 24, 1989 the oil tanker Exxon Valdez ran aground on Bligh Reef in Prince William Sound, spilling an estimated 11 million gallons of heavy crude oil from Alaska’s North Slope, which spread as a surface slick in this sub-arctic region. As tidal currents and 50 mile-per-hour storm winds washed ashore much of the oil, clean-up of the shoreline became the primary focus.

“Because of the difficulty of achieving sufficient oil removal by physical washing and collection, especially for oil that had moved into the subsurface, bioremediation became a prime candidate for continuing treatment of the shoreline,” Hazen says. “Field tests showed that the addition of fertilizer enhanced the rates of biodegradation by the indigenous hydrocarbon-degrading microorganisms, resulting in total petroleum-hydrocarbon losses as high as 1.2 percent per day.”

Within a few weeks of the spill, about 25- to 30-percent of the total hydrocarbon in the oil originally stranded on Prince William Sound shorelines had been degraded and by 1992, the length of shoreline still containing any significant amount of oil was 6.4 miles, or about 1.3-percent of the shoreline originally oiled in 1989.

Last year’s BP Deepwater Horizon spill was the result of an explosion of the drilling rig on April 20, 2010 that led to an uncontrolled blowout of the wellhead. The spill released an estimated 4.9 million barrels (205.8 million gallons) of light crude oil – more than an order of magnitude greater in total volume of oil than the Exxon Valdez spill – and considerable amounts of natural gas (methane). Light crude is more inherently biodegradable initially than heavy crude and in contrast to the relatively pristine conditions of Prince William Sound, the Gulf of Mexico experiences numerous natural seeps of oil and has been the site of other spills from drilling rigs, such as the IXTOC well blowout of 1979. 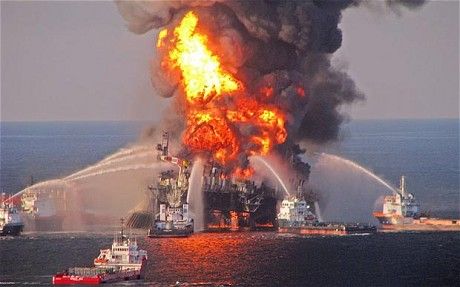 With the primary focus being to prevent oil from ever reaching the shoreline, a combination of strategies were employed, including controlled burns, skimming, siphoning from the wellhead, containment booms, shoreline berms and beach sand mixing. Also, for the first time ever, heavy concentrations of dispersants were applied to the deepwater leaking well. This was done primarily for safety reasons to prevent the highly flammable oil from reaching the surface immediately above the wellhead where a great many ships had congregated to carry out containment operations.

“The deep-water dispersed oil droplets had a concentration of less than 10 parts per million total petroleum hydrocarbons that has been likened to a cloud,” Hazen says. “Our studies showed that microbial activity within this cloud was significantly higher than outside the cloud.”

Hazen and his research group were able to determine that indigenous microbes, including a previously unknown species, degraded the oil plume to virtually undetectable levels within a few weeks after the damaged wellhead was sealed. Another study showed that the methane and other gaseous compounds in the water column were also almost completely degraded within three months. With regards to surface oil and shorelines, Hazen and Atlas state in their paper that “up to 40-percent of the oil was lost in the water column between the wellhead and the surface, largely due to dissolution and mixing as the oil moved to the surface and evaporation as soon as it reached the surface.” This lowered the hydrocarbon concentrations and changed the composition of the oil that did reach the shore.

“It is too soon to tell what the impact of the BP Deepwater Horizon oil spill will be on the delicate marsh environments and beach communities in Louisiana,  Mississippi, Alabama, and Florida,” Hazen says. “Many further studies will be needed to answer this question, but we can say that when oil is highly dispersed in the water column and where microbial populations are well adapted to hydrocarbon exposure, such as in Gulf of Mexico waters, biodegradation of oil proceeds very rapidly.”

Based on the lessons learned from the BP Deepwater Horizon and Exxon Valdez oil spills, Hazen and Atlas say that decisions as to whether to rely upon microbial oil biodegradation or whether to apply fertilizers,  dispersants, detergents and/or/other chemicals used in environmental cleanup efforts, should be driven by risk and not just the presence of detectable hydrocarbons.