Posted by ep-admin on Saturday, 19 March 2011 in Wildlife Conservation

The species' endangered status will be lifted and wolf hunting will resume in Idaho and Montana under a settlement reached by wildlife advocates and the Interior Department. 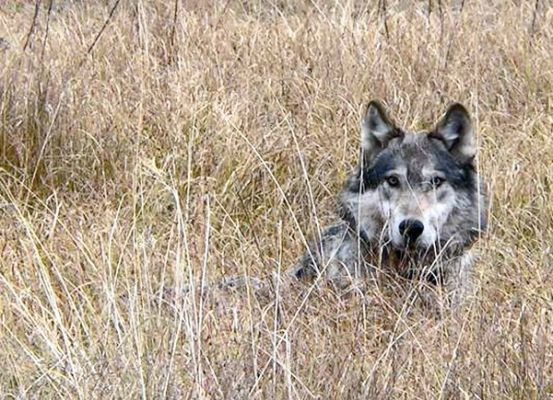 BILLINGS, Mont.—— Facing mounting pressure from Congress over gray wolves, wildlife advocates reached an agreement with the Department of Interior on Friday to lift the species' federal protections in Montana and Idaho and allow hunting to resume.

The settlement agreement — opposed by some environmentalists — is intended to resolve years of litigation that have shielded wolves in the Northern Rockies from public hunting, even as the predator's population has sharply expanded.

"For too long, wolf management in this country has been caught up in controversy and litigation instead of rooted in science, where it belongs. This proposed settlement provides a path forward," said Deputy Interior Secretary David Hayes.

The settlement would keep the species on the endangered list, at least temporarily, in four states where they are considered most vulnerable: Wyoming, Oregon, Washington and Utah. And the deal calls for the U.S. Fish and Wildlife Service to set up a scientific panel to reexamine wolf-recovery goals calling for a minimum 300 wolves in the region — a population wildlife advocates criticize as inadequate.

There are an estimated 1,651 wolves in the region following a costly but successful restoration effort. That program stirred deep antipathy toward the predators among western ranchers and hunters, who blame wolves for livestock attacks and a recent decline in some elk herds.

Court rulings blocked prior efforts by the Bush and Obama administrations to lift wolf protections.

But with Western lawmakers threatening to intervene, the 10 national and local groups involved in Friday's settlement said they wanted to preempt precedent-setting federal legislation on wolves. They feared congressional intervention could undermine the Endangered Species Act, with sweeping ramifications for imperiled fish, animals and plants.

Although wolf hunting in Idaho and Montana could begin as soon as fall, the deal provides assurances to protect the species over the long term and even expand its range into other states, said Kieran Suckling of the Center for Biological Diversity.

More than 1,300 wolves were tallied in Montana and Idaho in recent counts by state, federal and tribal biologists. The population reached the original federal recovery goal a decade ago but many of the groups involved in Friday's settlement had long maintained that those goals were too modest. Federal officials say wolves in Wyoming also have sufficiently recovered but have been kept on endangered list because of concern over a state law that allows them to be shot on sight across most of the state.

The federal government announced earlier this week that it was resuming negotiations with Wyoming to come up with an acceptable wolf-management plan.

About 40 wolves live in Oregon and Washington, but those states are not covered by the agreement and so those wolves keep their endangered status. The Fish and Wildlife Service said it plans to address the long-term status of wolves in those states and Utah, where no wolves currently live.

Suckling said the settlement agreement lays the groundwork for more wolves in those states and beyond.

"We need to start to build that second population, and this puts us on the road to get that done," he said.