Posted by ep-admin on Saturday, 27 March 2010 in Energy Efficiency

Wave of darkness rolls around world

The Empire State and the Chrysler buildings in New York City, along with landmarks from the Eiffel Tower to Sydney harbor, went dark for an hour on Saturday to raise awareness over the fight against climate change. 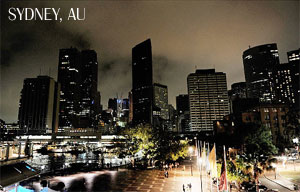 The global brownout was a noisy event in Sydney harbor, with ferry horns blaring to mark the start of the energy-saving event, involving 4,000 cities in a record 125 countries.

It was to include 1,200 landmarks from China’s Forbidden City to Egypt’s pyramids and Nevada’s Las Vegas Strip, with iconic sites going dark for 60 minutes.

The rolling wave of darkness, timed for 8:30 p.m. in each locality, was intended to boost the environmental movement after disappointing UN talks in Copenhagen last December.

The WWF-run event officially began when New Zealand’s Chatham Islands switched off their diesel generators to leave just 12 street lamps burning and was to end nearly 24 hours later in Samoa.

Beijing’s Forbidden City and Bird’s Nest Stadium were among the participants along with other cities in China, which is the world’s biggest carbon polluter and appointed giant panda Mei Lan its Earth Hour “ambassador.” 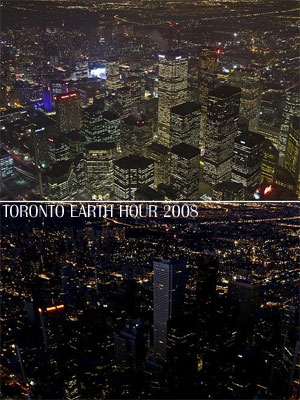 But in Bangkok, city authorities were ordered to halt their Earth Hour campaign for security reasons as anti-government protesters held a major rally.

In the Middle East, the world’s tallest building, the Burj Khalifa in Dubai, had its lights switched off for Earth Hour.

This year, even users of ubiquitous Twitter and Facebook could show their support with special applications that turn their displays dark.