Posted by ep-admin on Thursday, 24 March 2011 in Ecotourism 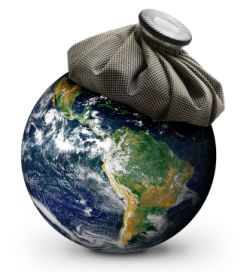 In 2004, Ted Nordhaus and Michael Shellenberger wrote an essay titled "The Death of Environmentalism" that shook the environmental community -- although probably not quite enough. Nordhaus and Shellenberger (N and S) have gone on to form The Breakthrough Institute, arguing that we need technological breakthroughs in order to solve our biggest environmental problem, global warming, as well as advocating for what they see as innovative solutions to various other problems.

They recently gave a follow-up speech at Yale, addressing the epochal questions, "What went wrong with the environmental movement in the past 10 years or so, and what new direction should we take?" I've always been interested in what they have to say because I think they have contributed several important new ideas, even though I disagree with some of them. Their critique, at least, presents an opportunity to engage in a meaningful debate about environmental movements and policies. And they serve as a foil for me to pontificate about my own ideas.

N and S start their speech by recalling the genesis of the "Death of Environmentalism," because, as they say, "Not one of the environmental leaders we interviewed articulated a compelling vision or strategy for dealing with the challenge" of climate change. The environmental movement, broadly defined, was focused -- no, obsessed, with -- cap-and-trade. In fact, it still is. I have to agree with N and S on this one: The fascination with cap-and-trade has been, perhaps tragically, wrong-headed. If cap-and-trade killed environmentalism, then it is still dead.

It pains me to criticize not just cap-and-trade legislation, but carbon pricing in general (which includes carbon taxes, generally considered an alternative). So much of the energy of the environmental movement is caught up in carbon pricing, and it has spent so many resources, so much time, and so much, as N and S point out, "political capital," that it is heartbreaking to criticize the sincere work of so many people. The sense I get from my contacts and interaction in the environmental movement -- and I include my time blogging for Grist -- is that the overwhelming majority of environmentalists think that cap-and-trade (again, including carbon taxes) is the only realistic policy for tackling global warming in time to do anything about it.

This stubbornness is the curse of what John Kenneth Galbraith identified 50 years ago as "conventional wisdom" -- that is, a large public spends a considerable amount of time and energy understanding and constructing a self-reinforcing set of ideas, and this group of people is loath to give up their hard-won understanding and consensus. Like a scientific paradigm, people can use this conventional wisdom as a basis for further discussion without going back over first principles and main tenets every time they want to discuss something. This makes policy-making more "efficient," but can put the group adhering to this set of ideas into a kind of death grip -- thus the "death of environmentalism."

There was another subject matter of N and S's original essay that I found very important, one that is always difficult for any "single issue" movement, which is this: At some point, it is almost impossible for an agenda to move forward unless that agenda is linked to others. One classic example of this is the path of Martin Luther King, who saw that African Americans, and poor people in general, were never going to thrive economically unless other issues were addressed, such as the struggle of workers to unionize -- the effort he was engaged in when he was assassinated -- or the resources wasted by a the society that was immersed in the Vietnam War and militarization. It is extremely difficult for movements to move out of the confines of the path in which they have been at least partly successful. The union movement has had the same problem, culminating in the threats to its existence in Wisconsin and elsewhere (the challenge of which will hopefully re-orient the labor movement to a wider embrace of public issues).

In my opinion, we could have had our "Martin Luther King" moment when Al Gore was at the pinnacle of his publicity, after he won the Academy Award for An Inconvenient Truth and a Nobel Peace Prize. He had the opportunity to move beyond the same-old-same-old, but instead he gathered $300 million dollars to use in commercials, a strategy I criticized at the time, because he could have much more profitably used that money to organize at the grassroots level. Then he joined a venture capital firm and now he has virtually disappeared from public view.

I'm not saying Gore did not accomplish some very important things, simply that he missed a bigger opportunity. He remained stuck in the conventional wisdom of a carbon price, as did most of the rest of the environmental movement. N and S perhaps lay a little too much emphasis on this grand strategic mistake -- the conservative movement and corporate control of government in this country has had a huge impact, for instance. N and S list 12 theses of how to move out of this mess, but before listing them, I'd like to get back to the broader picture of what constitutes successful environmental policy.

The environmental movement was born insisting on regulation -- clean up the air and water, prevent companies from polluting, block the rape of the Earth. This regulatory strategy was actually very successful. It would have been a much better way to prevent global warming than the carbon pricing strategy, because we could have just legislated something to the effect that we have to get our electricity and transportation from progressively cleaner and cleaner sources, without the spaghetti logic of carbon pricing.

But there are also limits to regulation. How do you re-center a transportation system on electric trains, instead of cars, trucks, and airplanes, with regulation? The answer is: you can't. You can't do it with carbon pricing, either. It requires something that was an integral part of governmental efforts to build the nation, from Lincoln to the New Deal to Eisenhower's Interstate Highway System -- that is, the direct intervention of the government into the economy by building infrastructure.

N and S go part of the way toward a government-directed rebuilding program -- they advocate for a very large public investment in technological research in the hopes that we can innovate ourselves out of this mess. Politically, it's much more appealing than carbon pricing, for the simple reason that when you talk about spending money to create something that would make peoples' lives better, it's an easier sell than the idea that somehow making things more expensive will make things better -- or will prevent things from getting really bad. So N and S are advocating for public investment, which environmentalists have treated as a secondary goal.

There was a slight burst of enthusiasm for "green jobs" on the part of the environmental and labor movements, which N and S see as another failure of environmentalism. The problem was and continues to be that a serious effort to create green jobs and a greener economy requires what the other global centers of manufacturing, Europe, Japan and China, have done. That is, it is necessary to create an industrial policy. The government has intervened, and continues to intervene, in a massive way in those economies to build a new set of industries. Contrary to N and S's assertion that the green collar sector is low tech, green industries in other manufacturing countries, such as high-speed rail and wind turbines, are very high-tech. After all, the clear economic lesson of the New Deal and World War II is that during an economic downturn, the government should spend more than it takes in. By pursuing an industrial policy that encourages the creation and expansion of cutting-edge industries, like wind and high-speed rail, we could learn from the short-term Keynesian lessons of the New Deal while at the same time increasing the long-term competitiveness of the United States. It would be a win-win policy.

This is part one of a two-part series, cross-posted from New Deal 2.0. You can read part two here.

Read on to part two.