Posted by davebishop on Sunday, 13 December 2009 in Climate Change 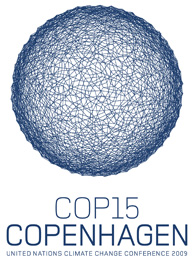 My sense of these things is that this will happen five or six times before what will be termed as an “historic agreement” is signed, but this one does sound fairly serious:

Jeremy Hobbs, Executive Director of Oxfam put out this statement:

Africa has pulled the emergency cord to avoid a train crash at the end of the week. Poor countries want to see an outcome which guarantees sharp emissions reductions yet rich countries are trying to delay discussions on the only mechanism we have to deliver this – the Kyoto Protocol.

This not about blocking the talks – it is about whether rich countries are ready to guarantee action on climate change and the survival or people in Africa and across the world.

“Australia and Japan are crying foul while blocking movement on legally binding emissions reductions for rich countries. This tit for tat approach is no way to deal with the climate crisis.”

Basically, the developing nations want the Kyoto Protocol to continue, while developed nations want to invalidate that and consecrate a new treaty. At stake are the mandatory emissions reductions for rich nations and, to a lesser extent, the funding for the developing world to mitigate their financial burden from climate change. The EU has pledged $10 billion to help the developing world, but the Sudanese chief negotiator for the G77 countries at the climate talks basically said that would only pay for coffins.

African nations have their own text for an agreement, but they are foregrounding Kyoto as a necessary component of any deal. Then there’s the question of what temperature target any deal should hit – the G77 nations want a rise limited to 1.5 degrees Celsius, while developed nations and the BASIC Group (Brazil, S. Africa, India, China) prefer 2 degrees Celsius.

If you loved the high drama and shattering heartbreak of domestic health care talks, be sure to keep an eye on Copenhagen this week…