Posted by davebishop on Saturday, 28 November 2009 in Climate Change

WASHINGTON – Putting his prestige on the line, President Barack Obama will personally commit the U.S. to a goal of substantially cutting greenhouse gases at next month's Copenhagen climate summit. He will insist America is ready to tackle global warming despite resistance in Congress over higher costs for businesses and homeowners. 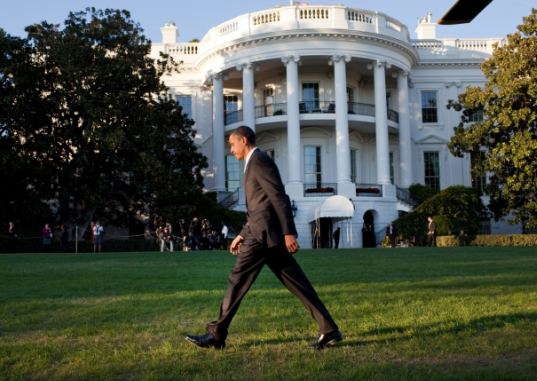 Obama will attend the start of the conference Dec. 9, a week from next Wednesday, before heading to Oslo to accept the Nobel Peace Prize. He will "put on the table" a U.S. commitment to cut emissions by 17 percent over the next decade, on the way to reducing heat-trapping pollution by 80 percent by mid-century, the White House said.

Cutting U.S. carbon dioxide emissions by one-sixth in just a decade would be likely to hike energy bills, but the administration says there would be important health trade-offs.

Carol Browner, Obama's assistant for energy and climate change, cited a $173-per-year estimated cost in a briefing Wednesday — a figure for a family of four calculated by the Congressional Budget Office. Republicans say costs would be higher.

But slashing carbon dioxide emissions could save millions of lives, mostly by reducing preventable deaths from heart and lung diseases, according to studies published this week in The Lancet British medical journal.

The White House said Obama's decision to attend the international conference in Denmark was "a sign of his continuing commitment and leadership to find a global solution to the global threat of climate change."

But Obama's stopover on the conference's second day — instead of later when negotiations will be most intense and when most other national leaders will take part — disappointed some European and U.N. climate officials, as well as some environmentalists.

Others said Obama's personal appeal will resonate with the delegates from more than 75 countries and help reset the U.S. image on the climate issue after eight years in which the Bush administration staunchly opposed mandatory reductions in greenhouse gases.

"If he comes in the first week to announce that, it would be a major boost to the conference," de Boer told The Associated Press. He said Obama's participation was critical because delegates "are looking to the United States to come forward."

The president's first trip to Copenhagen — just last month — was less than fruitful. He made an unsuccessful pitch for the 2016 Summer Olympics to be held in Chicago.

The White House said Obama's commitment to a 17 percent emissions cut from 2005 levels by 2020 would be the first step toward an 80 percent reduction outlined in legislation before Congress. It said Obama is expecting "robust mitigation contributions" from China and other emerging nations as part of any final agreement.

Obama pressed for cooperation on climate change in meetings with Chinese President Hu Jintao in Beijing last week, and with Indian Prime Minister Manmohan Singh, during a state visit at the White House Tuesday.

China's top climate envoy said Wednesday his nation would seek binding pollution targets for developed countries but reject similar requirements for itself at the summit.

Yu Qingtai said it would be unfair for all countries to be required to combat global warming since most of the environmental damage has been caused by developed nations during their industrialization over the past 100 to 200 years.

The White House said it will send a half-dozen Cabinet secretaries to the talks, including Energy Secretary Steven Chu and Commerce Secretary Gary Locke, as well as the head of the Environmental Protection Agency, which is preparing regulations to cut greenhouse gases.

Asked about China's commitment, Chu said Wednesday there has been a major change in the past two years in China's recognition that it must address climate change. "You look at what China is doing, it's incredibly impressive," said Chu, citing the country's push for renewable energy sources and energy efficiency, and its plans to reduce carbon emissions at a rate pegged to economic growth.

As for the Copenhagen talks, Chu said, "Nobody expects developing countries ... to do things that a developed country has the capability of doing." Chu was interviewed Wednesday by two reporters, including The Associated Press, for a program to be aired Sunday on C-SPAN.

The high-profile delegation is intended to reinforce Obama's stance, despite the bitter debate in Congress. The House narrowly passed legislation requiring a cap on greenhouse gases from power plants and industry, but it's still unclear whether Senate Democrats will be able to muster the 60 votes needed to approve a similar bill.

Action in the Senate has been put off until next spring, although negotiators are continuing to seek a compromise to attract some Republicans and centrist Democrats who have criticized the House legislation. Opponents say they're worried about the legislation's effect on energy prices and the overall economy.

Administration officials don't want to repeat the mistake of Kyoto, when the U.S. agreed to emission reductions but never implemented them because of strong political opposition at home. The U.S. never ratified the Kyoto agreement.

Most environmentalists hailed Obama's decision to go to Copenhagen, even if it's early in the conference. They said it will help set the tone of the talks and reverse America's image internationally on climate change.

Said Michael Oppenheimer, a professor of geoscience and international affairs at Princeton University: "The U.S. has stood as the bad guy for so long that it's critically important for the U.S. president to set the tone for the meeting."

But Kyle Ash, climate policy adviser for Greenpeace USA, said Obama should be even more involved, and later in the conference. "The Copenhagen climate summit is not about a photo opportunity. It's about getting a global agreement to stop climate chaos. President Obama needs to be there at the same time as all the other wold leaders," he said.

Associated Press Writers Seth Borenstein and Julie Pace in Washington, and Jan Olsen in Copenhagen contributed to this report.