Posted by davebishop on Thursday, 12 November 2009 in Clean Water 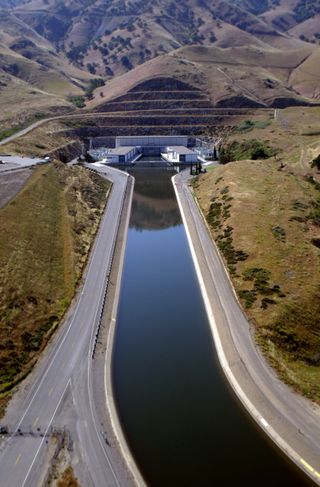 In many places there's a lot of work to be done:

We often take the purity of our tap water for granted -- and we shouldn't. NRDC's What's on Tap?, a carefully researched, documented and peer-reviewed study of the drinking water systems of 19 U.S. cities, found that pollution and deteriorating, out-of-date plumbing are sometimes delivering drinking water that might pose health risks to some residents.

Many cities around the country rely on pre-World War I-era water delivery systems and treatment technology. Aging pipes can break, leach contaminants into the water they carry and breed bacteria -- all potential prescriptions for illness. And old-fashioned water treatment -- built to filter out particles in the water and kill some parasites and bacteria -- generally fails to remove 21st-century contaminants like pesticides, industrial chemicals and arsenic.

What's on Tap? found one overarching truth: If steps are not taken now, our drinking water will get worse.

Government -- whether city, state or federal -- should be doing all it can to ensure that citizens get clean, safe drinking water every time they turn on a faucet or stop at a public water fountain. And an informed, involved citizenry is the key to the process; it's our hope that What's on Tap? will encourage all Americans to look into the quality of their city's water supply, and to demand that our elected officials do what's necessary to provide safe tap water.

If just one of those three factors goes awry, water quality will suffer. For example, these four cities have fair-to-substandard drinking water:

So what does all this mean in terms of what's actually in your water glass? If your city has a water quality problem, your tap water may at times carry a worrisome collection of contaminants.

Tap water can contain a vast array of contaminants, but a handful showed up repeatedly in the water of the cities we studied:

Contaminants like these get into our water from many different sources. A few examples: runoff from sewage systems that overflow after a heavy storm; runoff from contaminant-laden sites like roads, pesticide and fertilizer-rich farms and lawns, and mining sites; wastes from huge animal feedlots; and industrial pollution that leaches into groundwater or is released into surface water.

A high level of any of these contaminants in your water represents a failure of your city's "water treatment train" -- a series of steps your water is put through to filter and disinfect it before it is delivered to your tap. By extension, it also represents a failure by your government -- local, state and federal -- to protect your water supply and ensure that pure, safe and good-tasting water is supplied to your home.

NRDC's study found that relatively few cities are in outright violation of national standards for contamination of drinking water, but this is more a result of weak standards than it is of low contaminant levels. For example, cancer-causing arsenic is currently present in the drinking water of 22 million Americans at average levels of 5 ppb, well below a new EPA standard for arsenic of 10 ppb that went into effect in 2006. Yet scientists now know that there is no safe level of arsenic in drinking water. (The EPA found that a standard of 3 ppb would have been feasible, but industry lobbying and concerns over treatment costs prevailed over public safety.) Many cities failed to meet the EPA's "level of concern" for various contaminants that are not yet regulated.

Our study yielded another broad truth about the nation's drinking water "treatment trains": many cities show an increase in the frequency of periodic spikes in contaminant levels, indicating that the World War I-era plumbing and water treatment facilities still widely employed may be inadequate to handle contaminant spills or even the basic daily contaminant loads produced by our heavily industrialized, densely populated cities. And spikes above the EPA's standards generally don't trigger a violation; usually only an average level over the standard is considered a violation.

The bottom line is this: the tap water in some cities might pose health risks to vulnerable consumers -- people who have serious immune system problems, pregnant women, parents of infants, those with chronic illnesses and the elderly should consult with their health care providers about the safety of tap water. (See this fact sheet from the Campaign for Safe and Affordable Drinking Water for more information on protecting the vulnerable.) And our nation must make a major commitment to upgrading and modernizing water systems and protection of drinking water sources.

Your Right to Know What's in Your Tap Water
The first question that one would logically ask on reading the above is, "How do I find out what's in my water glass?" And according to U.S. law, every citizen is entitled to a straight answer. Every city is required to publish reports about the safety and quality of its drinking water system.

The problem, as NRDC found, is that while some cities do a good job with their right-to-know reports, others publish information that is incomplete or misleading:

These right-to-know reports hold enormous promise. In addition to informing citizens about the state of their city's water system, they can also build support for investment and encourage citizens to participate in fixing local problems. They are so important that NRDC decided to grade each city's right-to-know reports as part of this study; we've also included a set of recommendations that cities might adopt in setting goals for their right-to-know publications.

Protecting the Source
The first line of defense in ensuring the safety and quality of drinking water is to ensure that water sources -- lakes, rivers, streams and aquifers (porous underground formations that hold water) -- are protected from pollution. And as indicated above, there are many ways that contaminants get into source water, among them:

"Natural" contamination such as arsenic or radon that occurs in water as a result of leaching or release of the contaminant from rock
To keep such contaminants out of tap water, a city's first step is identifying where pollution is coming from. Once these sources are known, the water utility, city planners and citizens of a municipality must work together to figure out how to reduce the threat of contamination. Land purchases often prove useful, allowing the water utility to establish a pollution-free zone around source waters. Utilities may also ban boating and other recreational activities on these waters, push for improved pollution controls, or protect wetlands (which replenish and purify source waters).

Some cities are doing a fine job of protecting their drinking water supply.

But many other cities have a long way to go:

An informed, involved public is a water utility's strongest ally in an effort to better protect its water supply. NRDC recommends that citizens urge legislators not to pull the plug on safe water supplies, and Congress should act to strengthen the laws and contaminant standards we have in place to protect the purity and safety of our drinking water.