Posted by amir on Friday, 10 August 2012 in Climate Change

Scientists from the U.K. have uncovered a 1.6 kilometre-deep rift valley under the ice in West Antarctica, a feature which they say may explain why that part of the continent is losing ice so rapidly.

Detailed in the journal Nature, experts from the University of Aberdeen and British Antarctic Survey (BAS) made the discovery below the Ferrigno Ice Stream, which was only last visited in 1961 due to its remoteness.

The experts say the discovery is key as the West Antarctic ice sheet is losing ice faster than any other part of Antarctica with some glaciers shrinking by more than one metre per year.

Findings by the scientists indicate the ice-filled rift basin, coupled with warming of the ocean, has greatly affected ice flow and therefore, ice loss. 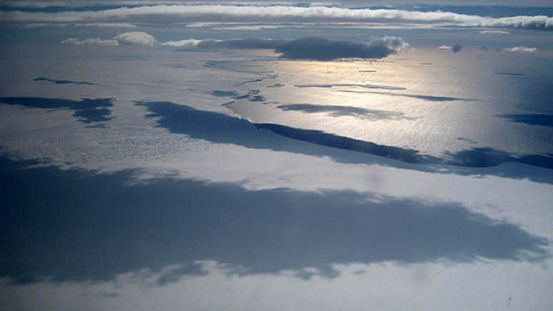 "Over the last 20 years we have used satellites to monitor ice losses from Antarctica, and we have witnessed consistent and substantial ice losses from around much of its coastline," said Robert Bingham, a glaciologist working in the University of Aberdeen's School of Geosciences and lead author of the study.

"For some of the glaciers, including Ferrigno Ice Stream, the losses are especially pronounced, and, to understand why, we needed to acquire data about conditions beneath the ice surface."

Using a skidoo towing an ice-penetrating radar system, a scan was done over a distance of 2400 kilometres. Examining the results, researchers were able to discover the previously hidden valley.

"If you stripped away all of the ice here today, you'd see a feature every bit as dramatic as the huge rift valleys you see in Africa and in size as significant as the Grand Canyon," said Bingham.

"The valley aligns perfectly with the recordings of ice-surface lowering and ice loss that we have witnessed with satellite observations over this area for the last 20 years."