Posted by Dale on Monday, 12 November 2012 in Ocean/Seas/Coastlines

Coral reefs begin to recover in the Maldives 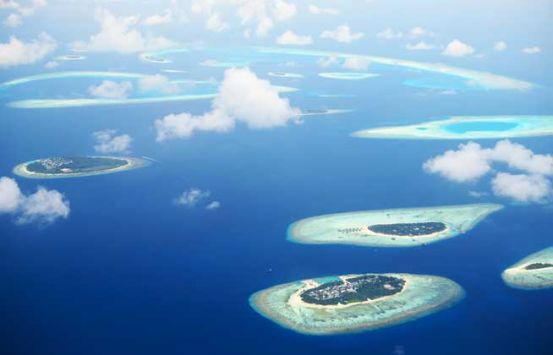 Scientists have witnessed a “promising” recovery in the coral reefs around the Maldives, a recent survey has revealed.

The results show that some reefs now have more live coral cover than before the catastrophic El Niño bleaching event in 1998, which killed 95 percent of the country’s reefs – a key attraction for foreign tourists.

The project was set up by international conservation non-profit organisation Biosphere Expeditions. Scientists from the UK-based Marine Conservation Society (MCS) and the Maldives Marine Research Centre (MRC) surveyed areas known to have suffered from heavy bleaching.

The reef check conducted in September showed that many badly damaged reefs have recovered to populations in excess of 60 percent live coral. On one site, the survey team found there was more coral cover now than there was in 1997.

The project found that the isolated, offshore and cleaner waters of the Maldives appeared to offer better conditions for coral recovery – contrasting findings published from the Great Barrier Reef, which noted that coral cover had  reduced by more than 50 percent in the last 27 years.

Lead scientist for the project, MCS Biodiversity Officer Dr Jean-Luc Solandt, said: “Although our surveys aren’t as comprehensive in scale and number as those from the Great Barrier Reef, we have witnessed a promising recovery in the reefs we’ve visited.

“The number of chronic impacts to the reefs of the Maldives are fewer than those to the Great Barrier Reef, and that has probably resulted in this more positive response to the initial bleaching event die-off in the sites we visited in Ari Atoll.”

The focus of this year’s project was to undertake reef check surveys in areas first surveyed before and during the El Niño bleaching in 1998.

Meaning ‘little boy’ in Spanish, El Niño is a phenomenon which damaged more than 95 per cent of the Maldives’ reefs following three months of unusually high seawater temperatures that year.

Even the slightest rise in water temperature can put stress on the coral, causing it to lose its colour and turn white, before eventually dying.

Coral bleaching was named as one of the three main causes of coral death, along with outbreaks of coral-eating starfish and damage from major storms.

Despite the findings, Dr Solandt warned conservationists and stakeholders in the Maldives that they cannot afford to be complacent.

“There is over-fishing of large predatory fish and further ocean warming events on the horizon, and some of the reefs nearer to Male’ appear not to have recovered as extensively as those further afield,” he added.

Founder and Executive Director of Biosphere Expeditions Dr Matthias Hammer said that whatever the current state of the Maldive’s reefs, the future outlook was important.

“Even though the Maldive’s reefs are generally in waters of excellent purity from man-made pollutants and are seldom hit by coral-damaging storms or attacks by coral eating starfish, the consistently high sea temperatures, averaging 29 degrees Celsius, around the Maldives could lead to bleaching once again if temperatures reach over 30 degrees for any length of time,”  he noted.

Environment Minister Dr Mariyam Shakeela was not responding at time of press.