Posted by EarthDude on Sunday, 04 November 2012 in General Environment

2020 Deadline to Protect Earth Gets a Boost 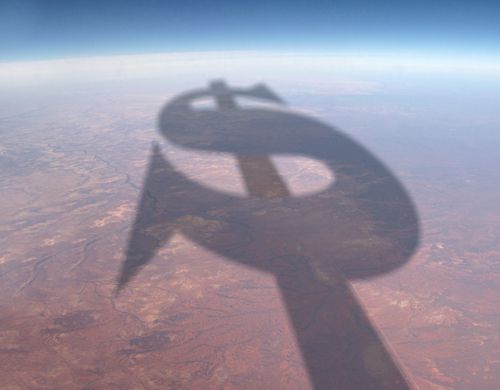 Efforts to reverse the worrying loss of Earth's dwindling natural resources received a substantial boost on Saturday when a UN conference in India agreed to double biodiversity aid to poor countries.

In a week that saw 400 plants and animals added to a "Red List" of species at risk of extinction, negotiators clashed over the extent and timing of additional aid required to halt the decline in species and habitats that humans depend on for food, shelter and livelihoods.

In the end, they agreed to double biodiversity-related funding to developing countries by 2015, from a baseline of average annual aid in the period 2006-2010 -- and to maintain this level until 2020.

No figures were mentioned.

The deal requires at least 75 percent of recipient countries to have reported on their spending by 2015 and to draw up national biodiversity plans in return for the aid.

Canada told the closing plenary that it did not agree with the agreement reached because many recipient countries had failed to report on their biodiversity spending and needs, as agreed at an earlier meeting, but added it would not block the adoption.

At the conclusion of the two-week-long Convention on Biological Diversity (CBD) meeting, member countries urged one another "to consider all possible sources and means that can help to meet the level of resources needed".

And they lamented in a joint document that "the lack of sufficient financial resources" was hampering progress towards a 20-point biodiversity rescue plan agreed in Japan two years ago.

The so-called Aichi Biodiversity Targets include halving the rate of habitat loss, expanding water and land areas under conservation, preventing the extinction of species on the threatened list, and restoring at least 15 percent of degraded ecosystems -- all by 2020.

"In the context of the financial crisis, this is a good deal," French Environment Minister Delphine Batho told AFP.

A quarter of the world's mammals, 13 percent of birds, 41 percent of amphibians and 33 percent of reef-building corals are now at risk of extinction, according to the International Union for Conservation of Nature.

"Efforts to conserve nature must be urgently scaled up if we want to meet the 2020 deadline to save all life on Earth," the environmental group said after the meeting, lamenting the fact that negotiators had not specified a cash value.

"The deal reached on financing... is a disappointing result, because it is not nearly enough money to reach the ambitious targets to protect biodiversity the world set two years ago," added green group WWF's conservation chief Lasse Gustavsson.

Estimates vary, but experts say hundreds of billions of dollars are required to achieve the targets set in Japan.

European commissioner for the environment Janez Potocnik welcomed the deal as "an essential contribution".

The conference, which ended with three days of high-level negotiations involving 77 ministers and deputy ministers, awarded the next CBD meeting in 2014 to South Korea, and adopted a deal on protecting the oceans.

It identified more than 50 zones that need to be protected on the high seas, where no national laws apply and international rules are often vague, leaving them vulnerable to damaging fishing and oil prospecting practices.

A final decision on declaring these protected areas must be taken by the UN General Assembly.

The convention, to which 193 countries are signatories, marks its 20th anniversary this year.

It has already missed one key deadline when it failed to meet the target set to halt biodiversity loss by 2010.