Posted by plantitfilm on Friday, 26 April 2013 in Wildlife Conservation 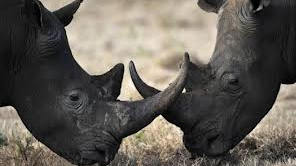 Poachers have likely killed off the last rhinos in Mozambique's Limpopo National Park, according to a park official who spoke with Portugal News. Park director António Abacar said that no rhinos have been sighted in Limpopo National Park since January, "which means that the ones that lived in the park are probably dead".

Abacar blamed poachers, including park rangers, noting that 30 employees are being disciplined.

The poaching problem in Limpopo National Park is such that South Africa has threatened to reinstall fences to protect its portion of the transboundary area.

Rhinos, like elephants, lions, tigers, and many other animal species, are suffering from a global poaching epidemic fueled by rising income in the Far East and an increasingly sophisticated black market wildlife trade.

The news of the demise of Mozambique's Limpopo rhinos comes just a week after Annamiticus reported that 232 rhinos were killed in South Africa during the first 107 days of 2013. Last year South Africa lost 668 rhinos to poachers.
Read more athttp://news.mongabay.com/2013/0425-rhinos-extinct-in-limpopo.html#DDMHaD0KCzAjrooh.99