Posted by August on Monday, 22 April 2013 in Sustainable Development 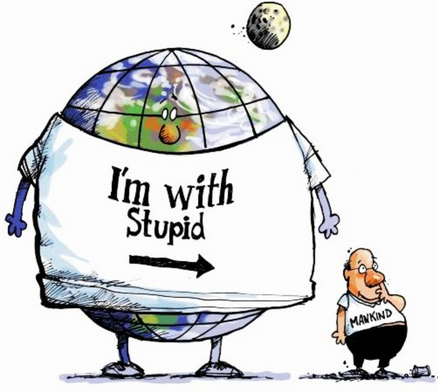 If you have any sense of wonder or faith in humanity, you would have to agree that Earth Day is an extraordinary event. It combines the functions of educator, movement builder and the largest public service project in the world. More than one billion people from almost every single country on Earth will take an action in service to our planet.

Hands down, Earth Day is the largest secular event in the world -- and more people join in every year. Men, women and children will haul garbage, clean up coral reefs and mountain trails, show movies, sign petitions, march to solve the climate crises, hold town hall meetings to plan a better future, and rally to save the great apes, dwindling tigers, embattled elephants and other threatened species. More than 100 million schoolchildren around the world will learn about the importance of clean air and water; thousands of federal, state, and local governments will issue reports about their environmental achievements and records and make pledges to improve their environmental performance and invest in green technology; and tens of thousands of clergy members will give sermons about the importance of protecting God's creation.

In short, Earth Day participants not only get alot done, they also demonstrate that human beings everywhere are driven by their faith, their conscience, their sense of duty, or by a moral imperative to save the planet. It is staggering to think about one billion people working together in a collective action.

Much is being written these days about the first Earth Day and the need to replicate the power of April 22, 1970, when 20 million people in the U.S. took to the streets to protest the ravages of the industrial revolution, followed quickly by landmark environmental laws and regulations, and accompanied by a shift in political fortunes of those who stood in the way of the environmental movement. The wonder of that first Earth Day, held in an era of social change and action, was that it wasn't a campus movement. Not one bit. Everybody was enlisted -- from mayors to garden clubs to churches to labor groups to women's organizations. As a result, it became everybody's movement.

Dirty air, dirty water, and toxic exposure translated the same way for everyone. Confronted in their daily lives with smog, oil soaked rivers, and mounting evidence that their communities were being poisoned, people reacted when they were given a chance to belong to something. Then, they went home. But before they left, they struck fear in most legislators' hearts who saw that the guys in suits had joined forces with the people wearing tie-dye.

These days, writers complain about the lack of ground troops that seem to be available for the almost daily climate change battles; others write about a sometimes real and sometimes phantom renaissance on college campuses; still others convince us that a seismic shift is taking place just beneath the radar. Maybe. In 2010, Earth Day Network held a massive climate rally in Washington, D.C., that attracted 250,000 people. Montreal followed last year with more than 250,000 marching in the streets. An intense, dedicated and focused set of partners held another large rally this past February in Washington. And more frequently people are chaining themselves to pipelines in protest.

But the real key to a new environmental movement resides with the same sorts of people who took to the streets in 1970, the same sorts of people who pitch in each Earth Day, people with a vested interest in protecting the earth for themselves and their children. In short, everybody. The ground troops for the new environmental movement are there -- in the one billion people working this Earth Day in a community near you.